Home » News » BREAKING NEWS: USA – The US Supreme Court struck down Act 620 of the state of Louisiana on 29 June 2020, but upheld another reactionary decision 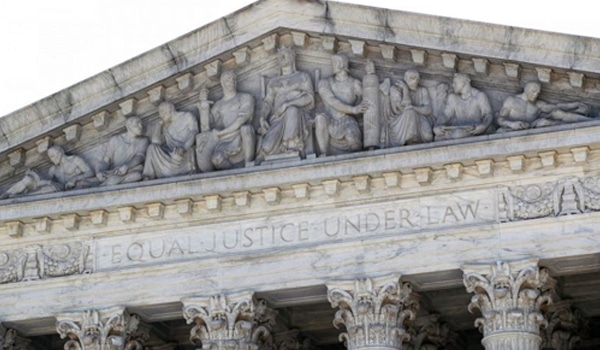 The US Supreme Court struck down Louisiana’s Act 620 on 29 June. The law would have required any doctor who provides abortions to hold “active admitting privileges” at a hospital within 30 miles of the location where the abortion takes place, in case the person having the abortion needed emergency hospital care. These “privileges” are in the gift of hospitals and can be denied with or without good reason. In the Louisiana case, five abortion clinics and four abortion providers challenged Act 620 before it was to take effect. They argued it was unconstitutional because (among other things) it imposed an undue burden on the right of their patients to obtain an abortion.

Several months later, after a 6-day hearing upheld the law on first appeal, the relevant District Court declared Act 620 unconstitutional and granted a permanent injunction against implementing it. Their decision was based on the ruling in the Texas case (Whole Women’s Health), which also required hospital privileges, and was struck down by the Supreme Court in 2016. The District Court’s reasoning was that the law offers no significant health benefit; that restricted access to admitting privileges did not promote women’s health and safety and placed a substantial obstacle in the path of women seeking an abortion. The Court concluded that the Louisiana law, like the Texas law that was almost identical to it, would impose an undue burden and was thus unconstitutional. The court of appeal above the District Court disagreed with the District Court’s decision and reversed the judgment. It was then taken to the Supreme Court.

Under well-established US legal standards, however, a district court’s findings of fact “must not be set aside unless clearly erroneous”. Because the District Court’s findings and the evidence underlying them were sufficient to support its conclusions – that enforcing the admitting-privileges requirement would drastically reduce the number and geographic distribution of abortion providers, making it impossible for many women to obtain a safe, legal abortion in the State and imposing substantial obstacles on those who could – the Supreme Court struck down Act 620.

The evidence supporting the District Court’s findings in respect to Act 620’s impact on abortion providers was strong. They had followed what happened to four Louisiana doctors for more than 18 months as they tried, and largely failed, to obtain admitting privileges from 13 relevant hospitals. They saw that some of the doctors’ applications for privileges were denied even though they were able to perform abortions safely and that the refusals of privileges were influenced by the opposition to abortion shown in some hospitals’ decisions.

The four pro-choice justices voted against Act 620 coming into effect – Ruth Bader Ginsburg, Sonia Sotomayor, Elena Kagan and Stephen Breyer – and they were joined by Chief Justice John Roberts, to make a majority. Roberts said that the precedent set by the Texas decision had to be respected in this decision, given that the two laws were almost identical in their wording and certainly in the effect they would have had. This lawyerly-like decision on his part was, unlike that of the four anti-abortion justices, was in spite of his personal views on abortion.

There has been great rejoicing across the USA. Many abortion rights supporters could not imagine winning this case and had awaited the decision with great gloom.

Unfortunately, the Court announced a very negative decision on 29 June as well. They upheld a provision of federal law that requires foreign affiliates of US-basedhealthorganisations to denounce prostitution as a condition of receiving US taxpayers’ money to fight HIV & AIDS around the world. They also refused to hear an appeal against the federal death penalty being re-activated from four prisoners convicted of murdering children, whose executions will now go forward.