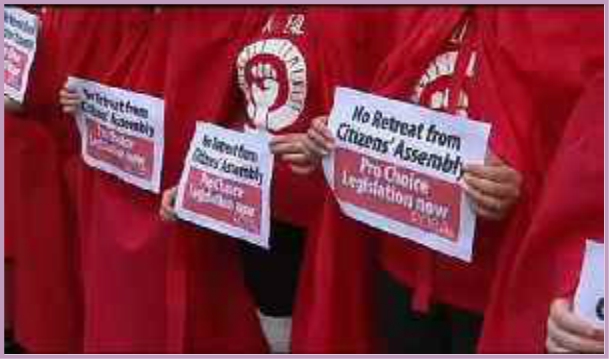 Ireland’s Supreme Court has ruled that protection for an “unborn child” do not extend beyond what is stated in the Eighth Amendment to the Constitution, which will be subject of a referendum later this year. This was a landmark decision, approved unanimously by seven senior judges, and means that the national referendum on the Eighth Amendment can take place as planned on 25 May as the only potential obstacle legally has been removed.

The Court found that the high court judge’s ruling in regard to a deportation order of a Nigerian man with a pregnant Irish wife should not have conferred rights on the fetus in utero but should have considered the rights that were conferred on the child once it was born.

The discussion has begun on the wording of the referendum as well as what sort of bill will be tabled by the government if the referendum gives a green light to replacing the Eighth Amendment, and permitting law reform. On 20 February, the BBC reported that the Cabinet had agreed a draft wording that would be inserted in the Constitution should people vote to repeal the Eighth Amendment. The wording, seen by RTÉ News, was, they reported: “Provision may be made by law for the regulation of termination of pregnancies.” This would make it clear that the parliament had the power to legislate in this area.

The final text of the referendum bill was to be finalised and published on 6 March, and a policy document released by the government the same day, setting out the legislation that would go before the parliament if people vote to repeal the Eighth Amendment. This has now been delayed by several days. It is believed that the policy document will propose to allow abortion without specific grounds during the first 12 weeks of pregnancy. On 6 March, however, the Irish Times reported that the bill may also propose that two doctors would be required to agree to every abortion, and possibly also that women would have to wait three days between requesting an abortion, getting permission for it and then having it. These restrictions would represent a major setback. Having stayed in the 19th century as regards abortion until after the end of the 20th century, Ireland’s top politicians are already getting cold feet and seem to be trying to drag the law backwards by imposing restrictions that the rest of us are trying to get rid of. Thus, the placard “No Retreat from Citizen’s Assembly”, one year ago, where support for women’s right to decide was incredibly strong.