Home » News » BRAZIL – The progress of the anti-abortion amendment has been delayed, but it’s not over 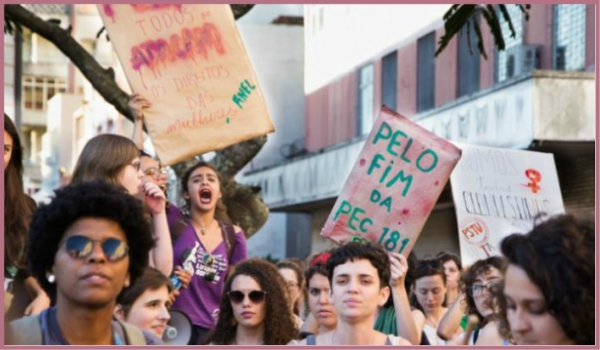 On December 14, the Special Commission did not vote on the amendment to make all abortions illegal in a bill whose aim was initially to extend paid maternity leave for women with premature births. The vote did not happen due to the lack of a quorum. [https://goo.gl/DnF57N]. On December 15, the amendment was set to be put to the vote again, but it also did not happen, as we expected. So the process will continue again this year, as the Congress stopped meeting for the holidays. On December 21, Congressman Evandro Gussi, from PV (Green Party) tabled a motion [https://goo.gl/Dybfjc] to extend the deadline to allow 20 further sessions to discuss the amendment, thereby aiming to stall the bill from going forward in 2018, which happens to be an election year for the Congress, the Senate and the Presidency. Activists believe this motion is also a strategy to prepare something more to negotiate with, in exchange for approving pending bills on other topics.

The fact that the Special Commission did not vote is considered a partial victory by feminist activists, since their resistance and relentless presence during the sessions, as well as expert participation in other Special Commissions which include issues of abortion (such as the Special Commission on statistics on maternal mortality due to unsafe abortions, where the debate is clearly advantageous for pro-choice parties) [https://goo.gl/HXBpyy]. These news items reverberated strongly in the media, arousing public opinion and affecting the political realm. Hence, the tactic of inserting very damaging language related to abortion into the original amendment to allow women with premature births to have longer maternity leave, was unmasked and has been confronted by public protest and publications of opinion pieces.

Meanwhile the Federal Public Attorney’s Office (after a request from the Regional and National Human Rights Attorneys’ Offices) tabled a motion that argued the anti-abortion text in the amendment is a formal violation of congressional procedure because protecting “life from conception” has nothing to do with extending some women’s maternity leave. The Attorney’s Office also argued that the text violates women’s rights as guaranteed by Brazilian law. [http://catarinas.info/organizacoes-feministas-emitem-alerta-sobre-pec-181-votacao-dos-destaques-ocorre-na-terca-feira/]