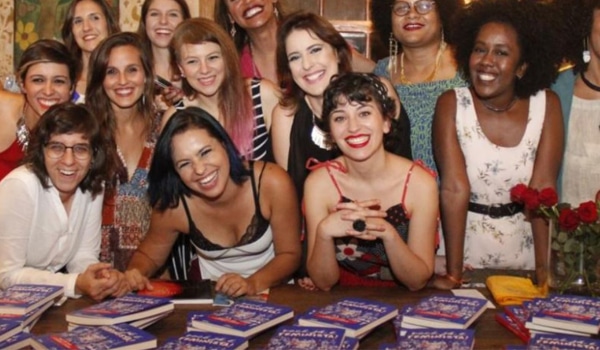 AzMina is a feminist journalists’ collective that campaigns for gender equality, covers women’s rights and provides extensive and critical reporting on all kinds of violence against women in Brazil. They also provide training and organise debates throughout the country.

On 18 September 2019 AzMina published a report online entitled “How to abort safely”. The report used World Health Organization recommendations to advise women how to have a safe abortion using medical abortion pills.

Within hours of publication, AzMina was being targeted on social networks with threats, insults of a sexual nature, incitement to violence and calls for an online hate campaign known as a “virtual lynching”, Reporters without Borders (RSF) said. Many of these tweets tagged Brazilian authorities in AzMina’s post, including the Federal Police, Public Prosecutor’s Office and Damares Alves, the Brazilian Minister of Human Rights, Family and Women.

Coming mostly from anti-abortion groups and prominent members of the conservative right, the attacks were relayed by federal parliamentarians affiliated to President Bolsonaro’s party, the PSL, and above all by Damares Alves, whoaccused AzMinaon Twitter of “condoning crime” and filed a complaint against them with the prosecutor’s office on 19 September. On the following day, AzMina published a note exposing Damares Alves’ attack, saying that the online hate campaign had increased after her tweet.

The address of AzMina’s São Paulo headquarters and the address, photo and tax identification number of the report’s author were posted on Twitter (which subsequently deleted them). AzMina’s management filed a complaint about these attacks and was awaiting a response from the authorities.

On 23 September, Sara Winter, described as an “ex-feminist” who currently works as the National Coordinator of Maternity Policies at the Ministry of Human Rights, Family and Women, also formalised a complaint against the online magazine.

Yet, as Human Rights Watch says, abortion is legal in Brazilin cases of rape, to save a woman’s life, or when the fetus suffers from anencephaly, and that is exactly what AzMina’s story explains. The article also includes medical explanations by a gynaecologist with decades of experience and the WHO recommendations to prevent harm and even death from unsafe abortions. These recommendations are publicly availablehere, in Portuguese, to anyone with an internet connection.

The traditional media only started to publish this news after 24 September. One of the most important of these was an editorial published by A Folha de São Paulo on 29 September, entitled Damares offensive: Minister makes absurd attempt to censor abortion informative publication. It argues that the complaint has no legal basis, since AzMina’s report also explains the legal grounds for abortion in Brazil. They also said that the Minister’s decision to tweet the complaint encouraged the online hate campaign against the magazine and the journalists.

On 2 October, Damares responded to the editorial in an article entitled “It’s not about press freedom: It is just prevention of unsuccessful abortions”. in which she claimed she wanted “irregularities” to be investigated, she was not calling for the publication to be banned. She also claimed AzMina’s report would put women and girls at risk.

On 7 October, AzMina published another note, entitled “The risk to women’s lives is the state’s responsibility, not ours” in response to the Minister’s article. They wrote that reliable information about safe abortions actually save lives and argued that that if the Minister really supported press freedom, she would not have incited the persecution of the magazine through Twitter.

These attacks, say RSF, are symptomatic of the difficulties encountered by journalists covering sensitive subjects in Brazil, where campaigns of harassment and intimidation against the media have become more frequent and intense since Jair Bolsonaro took over as president in January 2019. Two journalists have been shot and killed this year in Brazil and others threatened, according to a 25 September report by the Committee to Protect Journalists.