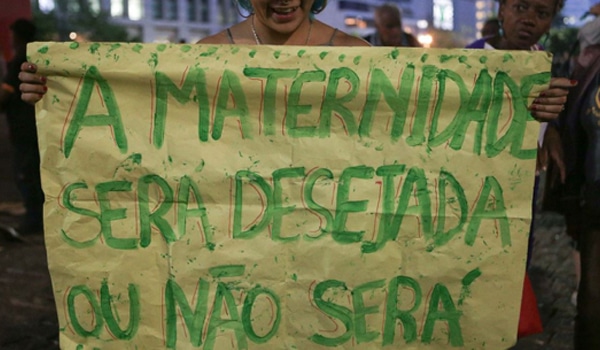 Top image: either a wanted pregnancy or no pregnancy

“There would be no death, bleeding or suffering if abortion were recognized for what it is: a medical necessity.

“The news report described her as an anonymous 31-year-old woman. The subheading read: “Case happened in Bom Jesus do Norte”. From what we know, she was the first woman to die from a clandestine abortion in Brazil during the coronavirus pandemic. She was two months pregnant, according to her husband. Twice she sought help at unsafe abortion houses. She tried a hose, potassium permanganate, syringes. She died of cardiac arrest. Why did she persist? We do not know, nor do her innermost reasons matter. It is enough to know that she was a woman determined not to be forced into maternity during the pandemic.

“The pandemic killed her. Cause and effect can be debated in this narrative, that is true. Her death was not from Covid-19, but from the policies that rule women’s bodies through the criminal law. The International Classification of Diseases summarizes the causes of death. But neither “cardiac arrest,” “unspecified abortion” explain what she died of. This manual of diseases should offer more complex numbers, for deaths related to “low income.” She died because she was poor, because she was surviving the pandemic in a body branded by the racist patriarchy of the Americas – this disease code would need to express the multiple intersectionalities of inequalities. She died because she lives in the region that most criminalizes abortion in the world; she died of the Covid-19 pandemic, because stay-at-home rules made it even harder for her to access a safe clandestine abortion….”