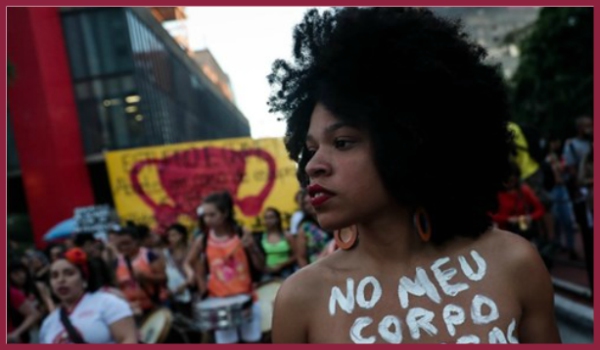 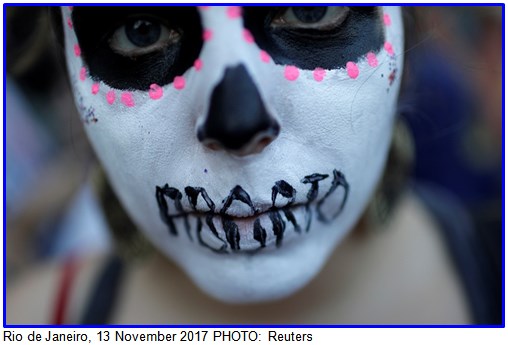 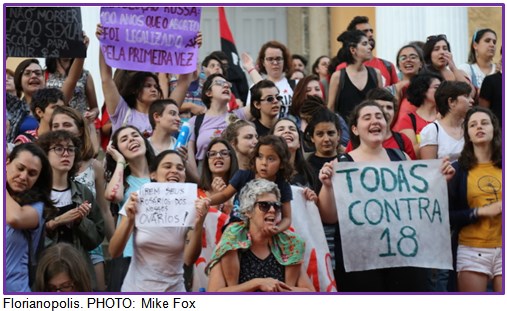 When the vote was taken in the Chamber of Deputies Commission, and 18 men voted in favour with only one woman there to say no, it has been reported that the men celebrated by chanting, “Yes to life, no to abortion!” In response, women took to the streets by the thousands in 14 cities in Brazil to say no to the bill and yes to women’s lives.

“A rapist is not a father,” declared one banner in Monday’s march in Florianopolis, the capital of Santa Catarina. “The rich abort. The poor die,” read another, highlighting the disproportionate impact outlawing abortion would have on poor and marginalized women who can’t access private clinics to seek safe secret abortions.

Please sign this letter opposing criminalisation of all abortions in Brazil: