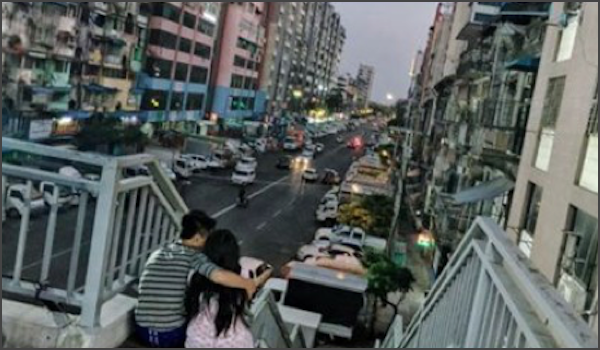 Myanmar: the weight of religion, an obstacle to decriminalisation of abortion

Although contraception is freely available, few women know how to use it and young ones, especially in rural areas, are ashamed to try and obtain it. Abortion is legally forbidden except in case of mortal danger for women. Those who seek it clandestinely are often putting their lives at risk anyway. In this traditional Buddhist country sexual  education is taboo and the word “vagina” does not even exist in the language.

In Rangoon, with 5 million inhabitants, there are dozens of surgeons providing illegal abortions for US$ 20-75, a very lucrative business. They as well as the women risk 3-10 years in prison, theoretically, but they are not pursued. There are also clinics run by charlatans who use umbrella spokes or bamboo stems to dislodge the fetus. Dr Ni Ni, director of Ipas Myanmar, has not forgotten the case of a 14-year-old whose uterus had to be removed after an abortion using the spoke of a bicycle wheel.

Officially, unsafe abortions represent about 10% of maternal deaths, but the actual figure is higher, due to sepsis, haemorrhage, uterine damage and the toxic effects of various agents believed to cause an abortion.

… Thiri was worried when she thought she might be pregnant again after a clandestine abortion. Her boyfriend might leave her if he found out she was pregnant, because the majority of men want to marry a virgin. Yet they don’t hesitate to promise marriage in order to get a girl to have sex beforehand… Meanwhile, married women are threatened if they refuse sex with their husbands, and don’t dare to demand that they use a condom, reported Htar Htar, founder of the women’s rights group Akhaya Women.