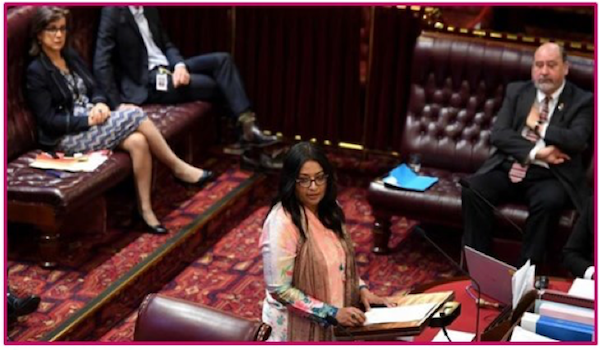 A bill to to decriminalise abortion and replace a 116-year-old law was put to the vote on 11 May in the New South Wales Legislative Council, tabled by Greens MP Mehreen Faruqi. But the Abortion Law Reform Bill was defeated 25 to 14 in a “conscience” vote that saw all Government members voting against.

Members of the packed public gallery shouted “shame” as the result was announced.

Labor MP Penny Sharpe, who has also written a bill to install safe access zones around abortion clinics, spoke in support of the bill. “After 116 years these laws are no longer in line with community expectation or modern medical practice. Abortion should be regulated in the same way as all other surgical and medical practices.”

Labor’s health spokesperson Walt Secord voted for the bill but expressed concern that it left no legal framework to “allow medically approved abortions” to occur. “The bill in its current form places no limit on the gestation at which an abortion can be performed, it does not mandate if it can be performed by a clinician, it does not provide a framework, it just takes [it] away.”

In response, Dr Faruqi explained that current medical and criminal laws would continue to protect patients. “All these professions are regulated under the Health Practitioner Regulation National Law and this will continue to stop unqualified people from practising… Anything done without the permission of the woman is now and would continue to be grievous bodily harm, which carries substantial penalties. This bill does not change current medical practice on late-term pregnancy termination and to suggest otherwise is misinformed.”

The defeat means that abortion will remain an offence in the NSW Crimes Act, and unlawfully procuring abortion will continue to be punishable by up to 10 years’ imprisonment under the act.

Unlawfully supplying a drug or instrument for an abortion will also continue to be punishable by up to five years’ imprisonment. Abortions in NSW are currently legal under an interpretation of the Crimes Act by the NSW district court in 1971 that allows doctors to approve an abortion if a woman’s physical or mental health is in danger, and taking into account social, economic or other medical factors.

GetUp’s national campaigns director, Emily Mulligan, said the decision represented a betrayal of women in NSW. “Frankly it’s an outrage. Not a single member of the government voted to protect women today. As we saw courage from women, we saw extreme cowardice from the NSW Government,” Mulligan said.

Despite the defeat, Dr Faruqi said it was an historic day for women’s rights in New South Wales.

“This is only the start. We have created overwhelming momentum and we will only move forward from here,” she said.

Meanwhile, on 6 April, Alice Workman, a journalist on The Drum on the Australia-wide ABC TV Channel, spoke out in support of telephone abortion services like the Tabbot Foundation as safe. Watch the video: 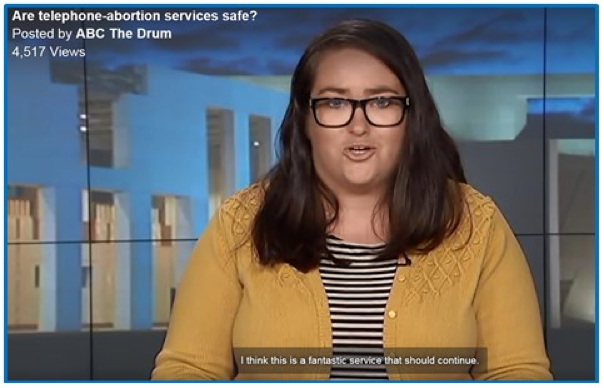