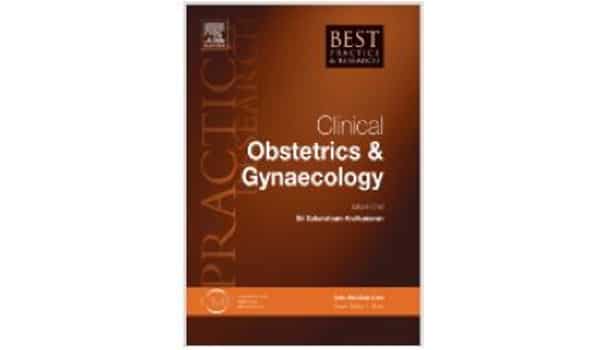 Department of Global Health and Population,

This special issue on provision of ‘SafeAbortion Care’ follows on the previous issue that covered the topic of‘“Abortion: global perspectives and country experiences”. Abortion is a humandrama with proponents for and against liberalizing abortion. There is nocountry where there is no abortion. When the law prohibits abortion, illegalabortion thrives and is associated with higher incidence of maternal morbidityand mortality. When abortion is legal there are no or few maternal deathsfollowing legal abortion over the years. This is because of provision ofabortion by appropriate methods based on the weeks of gestation, maternalwishes and the availability of safe medication and good certified facilities.This issue starts with ‘Safe abortion – the Public Health rationale’ by oureminent women’s health advocate Professor Mahmoud F Fathalla. Then the issuedescribes the various methods currently available in the first and secondtrimester and discusses future methods.

Online access of abortion medications, itsutilization and clinical outcomes are reviewed. Providing medical abortionservices through pharmacies and self-managed abortion without clinicalsupervision are on the increase and the experience from countries would be ofinterest to practitioners and policy makers and are discussed. The article onWHO guidelines and the role of the physicians in task-sharing in provision ofsafe abortion care provides information as to how abortion services can beprovided in countries where there are inadequate health care personal toprovide the needed services. Despite the availability of safe medications,methods and facilities there are still medical practitioners who are reluctantto offer and provide abortion care due to conscientious objection or for fearof safety. Not supporting safe legal abortion promotes illegal abortion. Thisissue reviews the safety and efficacy of modern methods of abortion to providereassurance to those who are involved or would wish to provide safe abortioncare.

It is now more than 50 years since theWorld Health Assembly recognized abortion as a serious public health problem.The challenge still stands. Addressing the problem of unsafe abortion is anational and global public health imperative, dictated by the magnitude of theproblem and its impact on individuals and society, inequity of the burden ofdisease, and an international consensus of the global health community. Almostevery abortion death and disability could be prevented through cost-effectivepublic health interventions including sexuality education, use of effectivecontraception, provision of safe, legal induced abortion, and quality humanepost-abortion care. Safe abortion continues to be a challenge to public healthbecause of diverse national restrictive legal regulations, prevailing stigma,and lack of political commitment. Health professionals have a socialresponsibility to educate policymakers, legislators, and the public at largeabout adverse impacts of restrictive abortion regulations, laws, and policieson women’s health.

First trimester termination of pregnancy(TOP) is a safe and effective procedure. The complete abortion rates ofsurgical and medical abortion are approximately 97% and 95%, respectively.Vacuum aspiration (VA) either by electrical suction or manual aspiration is themethod of choice for surgical TOP. Risk of significant bleeding is ≤ 5% in VA,while major complications occur in <1%. The risk of infection after VA canbe reduced significantly by using prophylactic antibiotics or by thescreen-and-treat strategy. Pre-operative administration of misoprostol can alsoreduce the risk of complications. The combination of 200 mg mifepristonefollowed by 800 μg misoprostol 24–48 h later is recommended for first trimestermedical TOP. If mifepristone is not available, misoprostol can also be usedalone, but repeated doses may be required and the complete abortion rate may belower. Due to the reduced efficacy in more advanced gestation, repeated dosesof misoprostol may be required for medical TOP over 9 weeks of gestation. Thecomplete abortion rate with this regimen is 95% or more. Gastrointestinalupsets can occur in up to 50% of women, but major complications are rare. Therewas no lower limit of gestational week for TOP, although extra precaution isrequired for the confirmation of completion of procedures and exclusion ofectopic pregnancy.

Medical and surgical methods can both berecommended for second trimester abortion (after 12-weeks of gestational age).Induced abortion with a mifepristone and misoprostol regimen is the preferredapproach; where mifepristone is not available, misoprostol alone for medicalabortion is also effective. Dilation and evacuation (D&E) is the procedureof choice for surgical abortions, and adequate cervical preparation contributessignificantly to safety. Availability of drugs and instruments, ability toprovide pain control, provider skill and comfort, client preference, culturalconsiderations, and local legislation all influence the method of abortionlikely to be performed in a given setting. Both surgical and modern medicalmethods are safe and effective when provided by a trained, experiencedprovider.

by Nathalie Kapp, Patricia A Lohr

Abortion care is a fundamental part ofwomen’s reproductive health care. Surgical and medical abortion methods aresafe and effective throughout the gestational age range wherein abortions areperformed. Although risks increase with the gestational age of the pregnancybeing terminated, rates of complications remain low and comparable betweensurgical and medical techniques. A high-quality abortion service should offerwomen a choice between abortion methods and provide the one they prefer.

Reconceptualizingsafe abortion and abortion services in the age of abortion pills: A discussionpaper

At the conference “Developing an AdvocacyAgenda for Abortion in the 21st Century and Making Change Happen” held on 5–7September 2018, Lisbon, Portugal, organized by the International Campaign forWomen’s Right to Safe Abortion, it was argued that abortion services not onlyneed to be treated as a bona fide form of health care but also completelyreconceptualized, particularly because of the influence of medical abortionpills. It emerged, however, that there is no consensus on how thisreconceptualization should be configured. Indeed, substantial differencesarose, or so it appeared, complicated not only by different exigencies innational settings but also reflecting differing perspectives, specifically,those held primarily by health professionals compared to those held byadvocates who felt they spoke for women needing abortions. In the course ofthese discussions, questions emerged on how much women should be able to do ontheir own, whether and why services were necessary in every case, whereservices should be located, what they should offer, who should provide them,and who should be in charge of the process. The biggest discussion was over theextent to which women can safely self-manage use of medical abortion pills forabortion in both the first and second trimester, and to what extent healthprofessional control should be relinquished. Regardless of these arguments,however, since 1988 with the discovery in Brazil that misoprostol is anabortifacient, over-the-counter access to medical abortion (MA) pills began toput self-management of abortion on the map. Today, self-management is happeningin almost every country, and we have no idea how many abortions are takingplace anymore. Moreover, because of the work of safe abortion informationhotlines, there is a growing body of evidence that self-management of abortionby women is safe – or at least far less unsafe than what prevailed in the past.Looking beyond the abortion rights movement, the crux of the issue is whetherthe state should continue to control abortion, with power over individualdecisions delegated to the medical profession – or whether, as has beenhappening at a snail’s pace for the last half century, and as withcontraception and emergency contraception too – control can and should be moreand more in women’s hands. This paper examines these perspectives and attemptsto describe what a consensus might look like. It concludes that convincinggovernments and conservative health professionals to accept a large dose ofself-management will not be easy.

Globally, many women undergo unsafeabortion, although abortion is extremely safe when done in accordance withrecommended guidelines. Hence, many women suffer from abortion-relatedcomplications, and unsafe abortion remains a major cause of maternal mortality.The high percentage of unsafe abortion is attributed to the inability of womento access safe abortion services. A critical barrier to access is the lack oftrained providers. To address this problem, task sharing and the expansion ofhealth worker roles in abortion care have become a public health strategy tomitigate health worker shortages and reduce unsafe abortion. This chapter providesan overview of the WHO guidance on task sharing in safe abortion care,discusses the special role of physicians, and highlights the complexity ofimplementing task sharing by analyzing the findings from six country casestudies.

Despite the legalization of abortion in2002 has made extensive efforts to expand services throughout the country,access to safe abortion care remains a constraint in Nepal, particularly inremote areas where trained providers and equipment are scarce. Expanding accessto medical abortion (MA) through pharmacy workers could be a promising avenueto reach such women with safe and convenient care, but neither Nepali law northe World Health Organization (WHO) recommends pharmacy provision of MA citingthe reason of insufficient evidence. This paper examines the pharmacy provisionof MA in expanding women’s access to safe MA service in Nepal. Availableliterature between 2005 and 2018 was searched, relevant information wasextracted using a template, and findings were summarized and interpretedaccording to the objective of this study. We identified 83 studies that wererelated to MA in Nepal, but only five of them reported about pharmacy workers’involvement in the provision of MA in Nepal. Findings suggest that trainedpharmacy workers can safely and effectively provide MA. MA services provided bypharmacy workers are acceptable to women who were satisfied with the servicethey had received. Therefore, it is essential that the Government of Nepalacknowledges the role pharmacy workers currently play in the provision of MAand formulate polices to permit pharmacy workers to give information about anddispense MA tablets to women in the first trimester of pregnancy.

We performed a search in PubMed and Web ofScience on the self-use of abortion medication after online access. Studiespublished between January 1, 1995, and March 31, 2019, were considered. Weincluded studies of online services that were (i) led by healthcare staff (n =14), (ii) led by non-healthcare staff (n = 4), and (iii) providing non-interactiveaccess (n = 17). Our outcomes were utilization (frequency and demand forservices), acceptability for women, safety, and success rate.

Key findings: Women are increasingly usingthe Internet to access abortion medication. Available services are of varyingquality. Women accessing non-interactive services report feelings of distressrelated to the lack of medical guidance, and the demand for interactiveguidance through the abortion process is high. Women using services led byhealthcare staff report high rates of satisfaction and similar rates ofclinical outcomes as those of in-person abortion care.

Self-managed abortion, when a personperforms their own abortion without clinical supervision, is a model ofabortion care used across a range of settings. To provide a comprehensivesynthesis of the available literature on self-managed abortion, we conducted asystematic search for peer-reviewed research in April 2019 in PubMed, Embase,Web of Science, Popline, PsycINFO, Google Scholar, Scielo, and Redalyc. Weincluded studies that had a research question focused on self-managed abortion;and were published in English or Spanish. The combined search returned 7,167studies; after screening, 99 studies were included in the analysis. Includedstudies reported on methods, procurement, characteristics of those whoself-managed, effectiveness, safety, reasons for self-managed abortion, andemotional and physical experiences. Numerous abortion methods were reported,most frequently abortion with pills and herbs. Studies reporting onself-managed medication abortion reported high levels of effectiveness. Weidentify gaps in the research, and make recommendations to address those gaps.

Emergencycontraception and impact on abortion rates

Emergency contraception (EC) is a drug or adevice that is taken after sexual intercourse to prevent unintended pregnancy.The most effective EC is the copper-bearing intrauterine device (Cu-IUD), butoral EC methods are more commonly used and include a single dose of eitherlevonorgestrel (1.5 mg) or ulipristal acetate (30 mg). Although all EC methodsare extremely safe, access to EC is often limited due to prevailingmisconceptions over how EC works. Although EC can prevent unintended pregnancyfor an individual woman, it has failed to make an impact on abortion rates at apopulation level. This may be because it is not used after every episode ofunprotected sex and because existing oral EC methods are only effective if usedbefore ovulation. Future strategies around EC should focus on maximizing uptakeof Cu-IUD, facilitating initiation of effective regular contraception after ECand developing a more effective oral EC.