Home » News » BELGIUM – Decriminalisation of abortion: the bill receives the approval of the Council of State 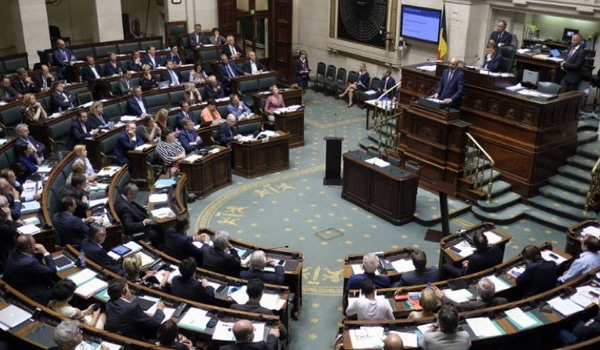 The Council of State is the body that scrutinisesall government activity, and examines proposed legislation to give an opinionon its overall legality before it is passed by parliament.

The Council of State has published a long-awaited opinion on the bill that expands the legal conditions for abortion in Belgium.The Council said that the main points of the text, namely the lengthening from 12 to 18 weeks of the period within which a voluntary termination of pregnancy can be practiced, the abolition of criminal sanctions and the reduction of the period of reflection from six to two days, did not call for any particular observation.The Socialist bill supported by environmentalists, liberals, DéFI and the PTB was approved at second reading by the House Justice Committee late last year.Before it was examined in plenary, the President of the Chamber, Patrick Dewael (Open Vld), sent it to the Council of State.

Since this is an ethical and particularly sensitive subject, it was atthe General Assembly that the Council of State announced their decision.Basedon the European Convention on Human Rights, the opinion underlines that”the legal framework must present a certain coherence and make it possibleto strike a fair balance between the rights of women and the interests of theunborn child”.

The Council of State said that they had no objection to the amendmentsplanned and that changes to the law could go ahead as part of this legalframework.They noted the margin of appreciation available to parliamentto legislate on abortion, both by raising the period in which abortion can beperformed from 12 weeks to 18 weeks, as well as shortening the period ofreflection and the decriminalisation for women requesting an abortion and thehealth professionals who provide it.

The Council of State also saidan abortion must beconsidered as a medical act in its own right. Hence, a doctor who does notrespect the law could be prosecuted for intentional assault and within theframework of the law on the exercise of health care professions, notes theopinion.

The Council of State recommendedthat clarifications be made to the offence of preventing a woman from having anabortion, including by disseminating false information or by concealinginformation.In particular, he wants to know when the man “lifepartner” who expresses his disapproval of the woman’s planned abortion canbe prosecuted.He also believes that more needs to be said about whatwould affect the dissemination of an opinion, or even “fakenews”.