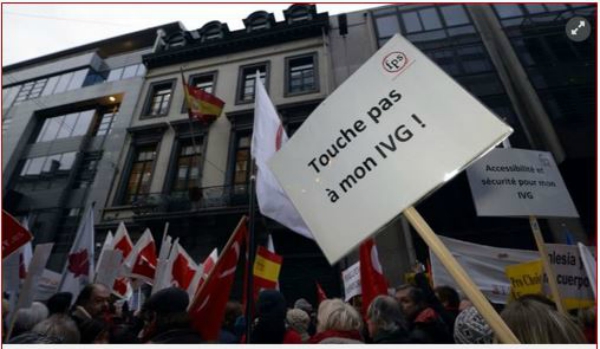 The debates on taking abortion out of the Penal Code in Belgium are over, at least in the Justice Commission of the Chamber of Representatives. The hearings almost all went in the same direction: that abortion must be removed from the Penal Code. In early July, the Justice Commission will look at the issue once more and then a vote should be taken.

For Karine Lalieux, the Socialist MP behind the decriminalisation bill, it would be a simple but historic step forward: “This would be a necessary, indispensable and natural historical advance, given that today abortion in our country is still considered an offense against morality and the family. It is totally anachronistic and at the same time there is always a risk, for the doctors as well as for the women, of being prosecuted for abortion.”

She believes, despite the opposition of the N-VA, that there would be a majority who vote for in the House. “There is a majority in the House, between the Flemish Socialist Party (SPA), Ecolo Groen (Greens), the Francophone Socialist Party (PS), of course, the Belgian Workers Party (PTB). In the majority, we also have the Open VLD (Flemish Liberals & Democrats) and some of the Reformist Movement (MR) who advocate for decriminalisation, so we clearly have a majority in this Parliament. I just ask that everyone is free to position themselves here in Parliament on decriminalisation abortion.”