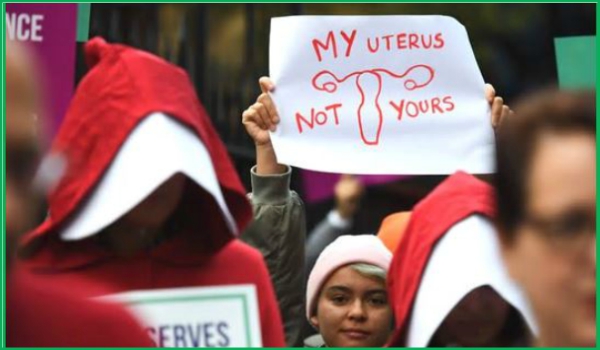 Following on the heels of our report in the Campaign newsletter of 6 August 2018, on the lack of a provider of surgical abortions in Tasmania since January this year, the state government announced that a private provider would begin offering surgical abortions later this year.

The announcement came as about 200 people rallied in Hobart in support of Angela Williamson, who had had to travel to Victoria earlier this year for a surgical abortion and criticised the state government on her personal Twitter account for failing to ensure surgical abortion services were available in Tasmania. She was sacked from her job at Cricket Australia for the criticism, and launched a petition in her own defence, which has gathered 33,622 signatures as of 13 August. She is now also suing her employer for unfair dismissal.

In addition to telling her personal story and calling for people to support her call for surgical abortion services in Tasmania, Williamson wrote in her petition that “It’s time to ask why women are paying up to $500 for [mifepristone] – an abortion pill that costs less than $40 on the [Pharmaceuticals Benefits Scheme]”.

That didn’t sound right to us, so we asked the Tabbot Foundation if it was correct. As a result, we have learned more about the cost of medical abortion pills in Australia. The Tabbot Foundation wrote: “The price we charge is standard across Australia and includes express delivery and consultation and 24/7 support by nurse practitioners and doctors (and a psychologist for patients in NSW, QLD and NT due to specific requirements of law or regulation) – all for AU$ 250 (plus $75 comprehensive medications cost) – which they say is not profitable. They continue:

“The cost of the pills is heavily subsidised on the Pharmaceuticals Benefits Scheme, which subsidises the cost of prescription medicines for residents of the country. The government gave Marie Stopes International the exclusive right to import mifepristone [into Australia], so MSI receive from the government (i.e. tax-payers) AU $311 every time someone writes a prescription for medical abortion pills for an Australian woman.

“All prescriptions must be individually approved by the Federal Health Department, so that requires our doctors to personally call to obtain authority before our pharmacy can issue the packages. It would be cheaper to import from manufacturers in China, if there was not an exclusive contract, or even New Zealand, where it costs $60, but of course we have to work with what the government approves…”