Home » News » AUSTRALIA – A world away from Nauru: abortion services and costs across Australia 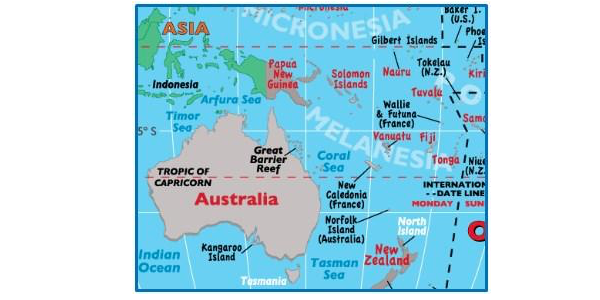 Surgical abortions are available in every state and territory up to 20 to 24 weeks, depending on the law, and can be done only in medical facilities. In some states, later abortions than these require permission from multiple doctors or a decision-making body.

The cost of an abortion varies according to state, location, method of termination and gestation.

Most private abortion clinics in an urban area charge about AUS $500 upfront for a first trimester surgical or in-clinic medical termination, and $290 upfront for an out-of-clinic or “at home” medical termination. The Tabbot Foundation provides medical abortion drugs via a telemedicine service for $250 everywhere but South Australia and the ACT. The two medications which most times must be paid for on top of the basic abortion fee cost less than $40 for Medicare card holders and much less for healthcare card holders.

After the first trimester, costs increase significantly. Costs are also much higher in regional areas. In Rockhampton, Queensland, a medical abortion costs $840 and a surgical abortion $765. But in South Australia and the NT they are mostly free because provision is largely public.

In all other states abortions are almost always provided by private abortion clinics. The private market is dominated by Marie Stopes International, which has the sole distribution rights over mifepristone through its subsidiary, and is the largest provider of abortions through its clinics. It is also responsible for training and accrediting doctors with the right to prescribe medical abortion drugs.

While Marie Stopes partly justifies its prices as subsidising abortions on Timor Leste and Papua New Guinea, Children by Choice, a pro-choice pregnancy counselling service based in Brisbane, regularly crowdfunds to pay for abortions for Australian women who would otherwise be unable to afford them. Many clinics now also provide a cheaper telemedicine option.

A cross-sectional survey of 2,326 women aged 16+ years attending for an abortion at 14 Stopes clinics found that the cost of abortion in a private clinic was about $560 for a medical and $470 for a surgical termination at ≤ 9 weeks. Beyond 12 weeks, costs rose considerably. More than two-thirds (68.1%) of the women received financial assistance from one or more sources. Women who travelled ≥4 hours, had no prior knowledge of the medical option, and identified as Aboriginal and/or Torres Strait Islander were more likely to present at ≥9 weeks. The authors conclude that abortion costs are substantial, they increase at later gestations and are a financial strain for many women. Poor knowledge, geographical and financial barriers restrict method choice. They say policy reform should focus on reducing costs and enhancing early access.