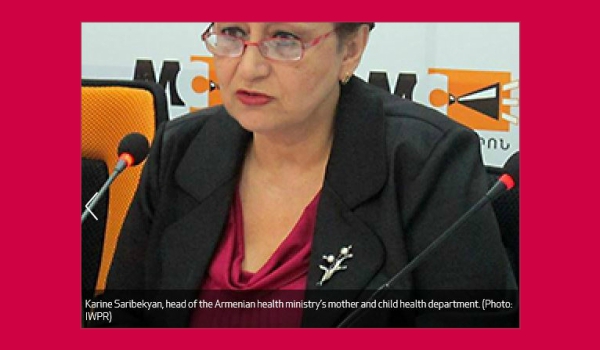 Armenia, after China and Azerbaijan, is the third country in the world where we have the most abortions of female fetuses. According to the statistics, before a campaign to discourage the practice, between 110 and 120 boys were born for every 100 girls.

Pray to bear a son, they say. Abortions based on sex selection were prohibited in Armenia in 2016, because the sex ratio showed a considerable gap between men and women and was seen as a demographic threat. In spite of illegality, however, the practice persists.

Suzanne Moore recounts in the Guardian: “They want a boy, she wants a boy, her husband wants a boy. That is why she has had nine or ten abortions. The reason she gives is a ‘vascular condition’ for terminating these pregnancies.”

Sex selection is the result of cultural norms, the society considers boys as an investment and girls as a loss, but also and especially in a particular context. The boys perpetuate the lineage and help their family in old age, while the girls leave after they are married. Boys in Armenia also represent potential soldiers for the armed forces. In spite of the cease-fire agreement with Azerbaijan in May 1994, the War of Nagorno-Karabagh continues sporadically and boys are needed as soldiers.

“We lose 1,400 girls per year. In the long term, who will marry our boys? How will we strengthen the Armenian nation? We are only three million people. We cannot afford such losses. There will be no mothers to give birth to girls”, says Dr Hrachya Khalafyan, who directs the Sevan Medical Centre in Yerevan.

In 2017, the UN Population Fund launched a programme to combat sex preference globally, which eventually received the support of the Armenian Government. From a ratio of 120 boys to 100 girls in 2010, the ratio has shrunk to 110 to 100.

But disparities persist in some of the regions and social classes. In Yerevan, physicians encourage mothers to rejoice to have a daughter. Elsewhere, we ban pregnant women from finding out fetal sex during the 12th week ultrasound – which is also the deadline to request an abortion in Armenia. “But there are still ways to find out, apparently; for example, according to which pocket the doctor puts his pen in: to the left for a daughter, to the right for a boy,” says Suzanne Moore.

Women had 7 or 8 children in the past. Now the fertility rate of Armenian women is lower: “When people have fewer children, they want boys.” To combat sex selective abortion, the government is working with the Church, including by readings, in churches or schools, passages from the Bible in order to “promote the value of girls and women in the culture and the society. The purpose is not to question abortion: That is only the means by which sex selection occurs, says Vahan Asatryan, a researcher at the International Center for Human Development. It’s to question sex discrimination.