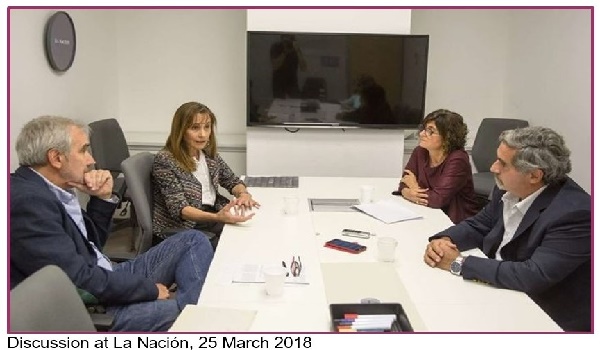 The tabling of the bill drafted by the Campaña por el Derecho al Aborto Legal, Seguro y Gratuito took place on 6 March in the lower House of the Argentine Congress.

Mariana Romero of Centro de Estudios de Estado y Sociedad (CEDES) writes: “I was inside the Chamber that day. There were 116 representatives at the ‘informative session’ in which the process of consideration of this bill and several others that were tabled at the same time was presented. Of the 116 representatives present in the Chamber, 102 of them belong to one of the three Committees that will take evidence from “experts” and will vote on whether to take one or more bills to the full Chamber, as outlined below. The methodology for this process was presented, and it seems transparent. All in all, it was a very good day. For sure, the situation is new, and we have two months to lobby those who do not know how they are going to vote.” 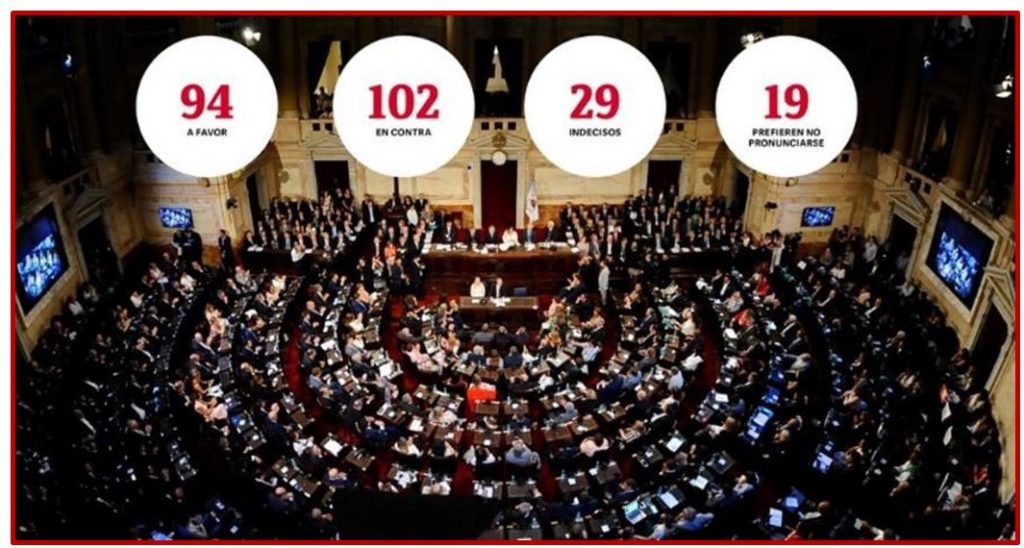 An article in Clarín on 21 March described the process that was agreed. Daniel Lipovetzky, a member of the party Propuesta Republicana (PRO), which is the party of President Macri of Argentina, led the session as the president of the Committee on General Legislation. He is one of the supporters of the decriminalisation bill. The two other Committees that will hear evidence on the bills are the Committee on Criminal Law, and the Committee on Family and Health.

After listing the eight bills to be considered, Mr Lipovetzky announced that the sessions will commence on 10 April and will take place thereafter on Tuesdays and Thursdays from 9am to 6.30pm. Each Committee member can invite four people to provide expert opinion and each invited presenter will have seven minutes to develop his/her vision on the subject. The list of nominated presenters, expected to be as many as 700, will be closed on 7 April, after which all the names will be announced. The hope is that all the presenters will have been able to speak by the end of May 2018. A plenary debate in the lower House is planned for the second week of June if all goes to schedule. In addition, Mr Lipovetzky suggested that it would be possible to hold some of the sessions in the interior of the country, as all sessions will be broadcast via livestreaming.

In a two-hour discussion, described as relaxed but not devoid of passion, four experts met in the editorial office of La Nación to discuss the following questions from their different perspectives: When does life begin? When must that life be regarded as a person? And what do you weigh more: the rights of that life or the woman whose womb it is in? Three questions that are essential to taking a position in favour or against the decriminalisation of abortion. The four invited speakers were: Alberto Kornblihtt, a researcher at the National Scientific and Technical Research Council (Conicet) and director of the Institute of Physiology, Molecular Biology and Neuroscience; Graciela Moya, doctor and specialist in medical genetics; Ernesto Beruti, Obstetrician and Chief of Obstetrics of the Hospital Austral; and Mariana Romero, doctor and senior researcher in Health, Economy and Society, Center for the Study of State and Society (CEDES) and co-coordinator of the Observatory on Sexual and Reproductive Health.

Those who can read Spanish will find this an excellent read.