Home » News » ARGENTINA: Three articles on changing abortion law at the federal & provincial/local level and strategy for action at both levels. 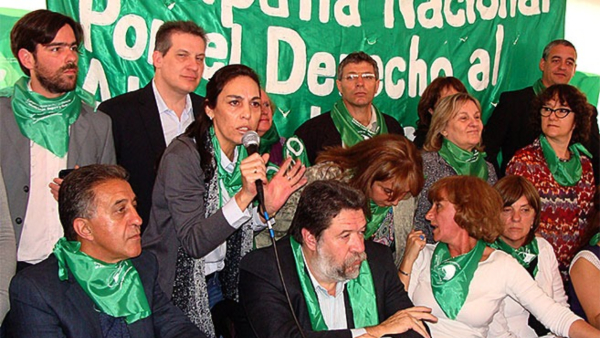 Federalism, two-level games and the politics of abortion rights implementation in sub-national Argentina

The implementation of the 2012 Argentinean Supreme Court landmark ruling, which declared abortion legal in all cases of rape and established standards of implementation of lawful abortions at all levels of government, shows an uneven pattern of compliance by sub-national governments throughout the country. Based on a case-study of the implementation of the Court’s decision in the province of Salta, this article advances an explanation of mechanisms that can affect the definition and enforcement of abortion rights at the local level, in a federation. Drawing on Putnam’s concept of two-level games, it argues that, at critical junctures, local authorities and especially strong governors with presidential aspirations, may have electoral incentives at the national level to comply at least partially with national laws and judicial decisions which are contrary to their own ideological preferences and their local political allegiances. The study suggests that analyses of political opportunities for local reproductive rights activists in federal regimes should include the potential two-level games of local authorities, such as politicians with presidential aspirations, and judges who intend to pursue a career in national or international institutions. Through this analysis, the article intends to contribute to our understanding of the political determinants of sub-national compliance with national abortion laws and court decisions in federal systems, and more generally, political factors and dynamics that shape inequities in the protection of women’s rights under federalism.

Legal obstacles and social change: strategies of the abortion rights movement in Argentina

On April 2018, the Argentine Congress began debating a bill proposing the legalization of abortion on request for the first time in the country’s history. Although it passed in the Lower Chamber, the bill failed to be approved by the Senate. However, the legislative debate showed the strength of the Argentinean abortion rights movement. Since the mid-2000s, and as a reaction to political paralysis in the area of abortion rights, activists in this country developed three main strands of strategies, which differed in terms of their time-frames, levels of institutionalization, targets, and scales. Based on original field research, this article analyzes the way in which each of these three tracks addressed the state, the current legal framework and the need for legal reform. It argues that, when legal reform is blocked, different movement sectors may develop parallel strategies to increase access to their demands within the existing normative framework. Through their diverse strategies, they test the limits of the law, challenge hegemonic legal interpretations and re-interpret what is permissible in alternative ways. In addition, the interaction between the different strategies created a powerful synergy that strengthened the movement and made the recent legislative debate possible, even under the leadership of an anti-choice president. Given the similarities of the Argentinean restrictive legal framework and movement strategies with those throughout Latin America, these arguments are relevant for the assessment of current developments within abortion rights movements and their interactions with the legal system in other countries in the region.

This article draws from a qualitative study of feminist legal strategies in the province of Salta, Argentina, to put forth an argument about the impact of federalism on subnational legal mobilization in a non-industrialized federal democracy. It argues that the federal architecture of the state can strengthen the ability of local legal activists to pursue litigation strategies, and that it can do so in two main ways: by fostering the institutional autonomy of government agencies and insider activists working for the defence of rights at the local level, and by facilitating the provision of external legal resources and support for local legal activists in civil society. The theoretical perspective connects two research agendas that have not yet been combined to explain feminist legal strategies in federal systems: legal mobilization studies and gender and federalism scholarship, and proposes nuances to both strands of research.