On 1-2 December 2020, in the Chamber of Deputies of the Congress, a plenary meeting of four Congressional Commissions – General Legislation; Criminal Legislation; Women and Diversity; and Social Action and Public Health – was held. Their remit was to discuss the Law on Regulation of Access to Voluntary Termination of Pregnancy and Post-Abortion Care, tabled by President Alberto Fernández. The meeting began with presentations by officials of the Executive and then 50 presenters were able to speak for 7 minutes each and answer questions over the two days – 25 in favour of the bill and 25 against. They were invited as specialists on the subject of the bill or representatives of organizations interested in expressing their opinion. The director of CEDES, Mariana Romero (below), was one of the speakers. In contrast, in 2018 a similar debate involved 724 speakers and went on for several days. 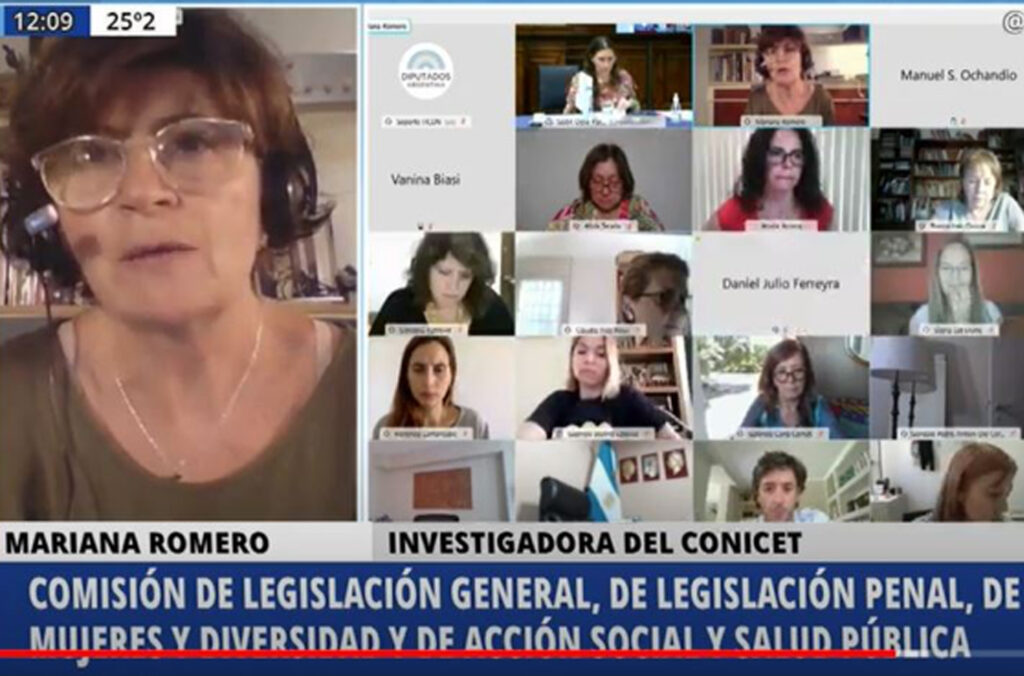 On 30 November 2020, the National Campaign for the Right to Legal, Safe and Free Abortion issued a statement in which they said: “The world is watching us, they will be decisive days to demonstrate that organized force makes us advance in rights and deepens democracy.” They organised 1 December as a “day of struggle, with the joy of knowing that we are achieving a law that is a debt of democracy, that we cannot wait any longer for”.

The Campaign also carried out an action on 1 December at the gates of the Congress, with social distancing and health protection measures. On 4 December, the date of the vote, they will also gather in front of the Congress and prepare nationwide “green squares” in all the country’s provinces with giant screens for people to be able to follow the debate as it takes place.

On social networks, the National Campaign for the Right to Legal, Safe and Free Abortion of Argentina has asked everyone to call on the Chamber of Deputies to pass the bill, with the hashtag:
#AbortoLegalEsVida (#LegalAbortionIsLife). FROM: https://twitter.com/campabortolegal