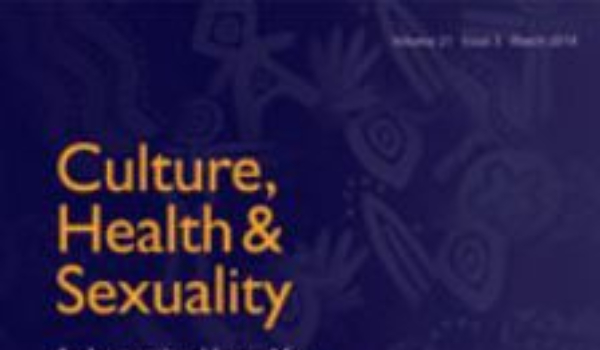 In recent years, there have been calls in activist spaces to ‘queer’ abortion rights advocacy and to incorporate non-normative notions of gender identity and sexuality into abortion struggles and services. Argentina provides an interesting site in which to examine these developments, since there is a long-standing movement for abortion rights in a context of illegal abortion and a recent ground-breaking Gender Identity Law that recognises key trans rights. In this paper, we analyse public documents from the abortion rights movement’s main coalition – the National Campaign for the Right to Legal, Safe and Free Abortion – alongside interviews with 19 Campaign activists to examine shifts and tensions in contemporary abortion rights activism. We trace the incorporation of trans-inclusive language into the newly proposed abortion rights bill and conclude by pointing to contextual factors that may limit or enhance the further queering of abortion rights.

Some important points from the paper:

The letter of the law suggests that the person imagined as pregnant and, therefore, the main target of abortion penalisation is a woman. While anyone can be penalised for performing abortions (e.g. doctors, midwives, pharmacists or laypeople), they are punishable for performing an abortion on the body of someone labelled woman…. The possibility that someone other than a ‘woman’ might be pregnant is outside the law’s frame…. Could someone not identified as such, for example a trans man, have a legal abortion? While the question is valid, this outcome seems highly unlikely in practice, even if the norms were interpreted in that way….

Within the abortion rights movement, activists have had heated discussion about gender identity in relation to abortion rights discourse. Who are the subjects of abortion, and who should be ‘protagonists’ – political subjects whose voices and experiences are prominent – in the struggle for legalisation? These questions emerged in debates focused not on the letter of the existing abortion law, which activists want to repeal, but on the wording of alternative legislation and the politics of abortion and feminism more generally….

While disputes around gender identity in relation to abortion are relatively new, we can find related antecedents in activist concerns about heteronormativity and the invisibility of ‘dissident’ sexualities in progressive movements in Argentina – including within feminist and reproductive rights movements….

From the heterosexual paradigm of abortion, it is not considered that lesbians abort, that trans men abort, that travestis take an active part in acting, doing and thinking about abortions. It is to think about sex based on heterosexuality, cohabitation, repetition, penetration. (Guzmán 2013)

Beyond Argentina, feminist and reproductive rights movements have increasingly incorporated trans people in broader conceptions of reproductive justice and addressed abortion rights as human rights. In the USA and Canada, [there has been] controversy, for example, whether references to ‘women’ should be kept in abortion-related language or removed and/or replaced by gender neutral terms such as ‘people’. [A 2012 blog] talked about “transmen, genderqueer or gender variant people, or people who do not conform to dominant ideas of what a woman is can often face additional barriers to accessing abortion services”…

Despite this, analysis of public posts through 2014 reveals little suggesting a ‘queering’ of the Campaign. Posts including the declaration above highlight similarities between abortion and trans rights claims, but contain no public reflection about how claims around gender identity and the rights of trans, queer and gender non-conforming people impact the Campaign’s claims about abortion…

In recounting discussions about abortion and gender identity, Manuel said a ‘concern was expressed that [. . .] there was the intention to move away from women’s protagonism in the right to abortion.’ He rejected the notion of an intention to displace women, and rather perceived a ‘concern that a space is contaminated with trans participation.’

[One woman argued] that ‘trans men also have a right to abortion. If they get pregnant, anyone who gets pregnant has the right to abortion.’ In her view, those who support the need to foreground women as central actors are not questioning the rights of trans or gender non-conforming persons to have an abortion or to participate in the Campaign, but that the issue was ‘political protagonism’ and ‘strategy.’… All in all, the differences among activists about gender identity and abortion seemed influenced by connections with LGBT struggles, generational standpoints, assessments of political strategy and different strands of feminist thought and practice.