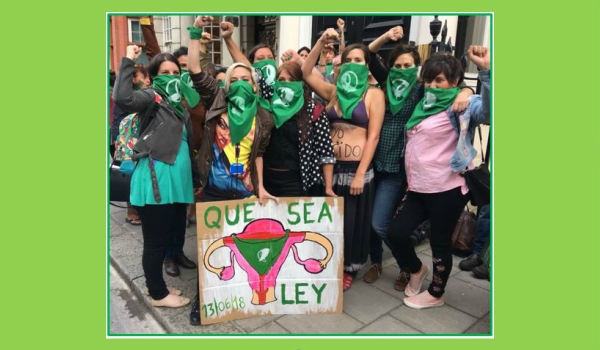 Video up to the moments after the vote was announced, streets of Buenos Aires

The abortion bill has passed in the Chamber of Deputies and must now go before the Senate, date as yet unknown. Before the debate and the vote last week, it was thought it would face an uphill battle to become law in the Senate. However, the Buenos Aires Times has reported that in the hours following last week’s vote, former president and now senator Cristina Fernández de Kirchner’s Victory Front-PJ voting bloc said it would vote in favour “in response to a societal demand that has been strongly expressed through the women’s movement”. She was previously against abortion law reform when she was president. This shift is seen as evidence of the growing momentum in support of the bill.

Senator Miguel Ángel Pichetto, a Peronist opposition leader in the Senate, indicated that he would let his bloc vote with its conscience, but he said the vote had created “an unstoppable effect” and he was confident it will be approved. Cambiemos (Let’s Change) coalition member Luis Naidenoff said “the Senate has to take into account citizens’ demand and legislate for realities. Abortion is not a question of faith but of public health.”

Everyone we meet and hear from is thrilled. One feminist leader from Argentina wrote today to say: “The debate is over in the Chamber of Deputies, but it is not over with journalists, politicians or provincial authorities. We are confident but cautious. It has been so moving I just cannot stop having tears in my eyes all the time!” And we can only respond: “Yes, we too!”