Home » News » ARGENTINA – In Tucumán, we are prosecuted and criminalised for abortion 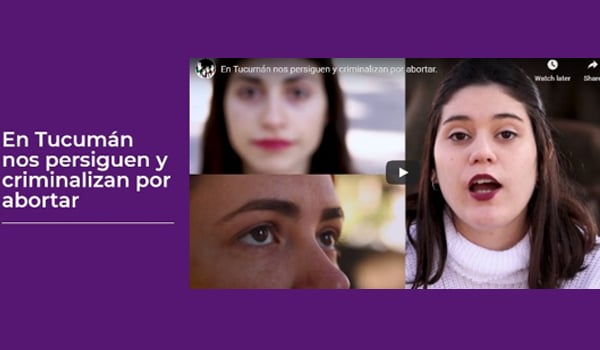 The Fundaçion Mujeres X Mujeres are in the process of making a documentary series of six videos so as to make the criminalisation of abortion visible in Tucumán, Argentina. So far, they have released three of the videos. The videos are in Spanish with Spanish subtitles only. Here is a short summary in English:

1) The Case of Belén: this is about the criminalisation of a young woman called Belén and the struggle she went through when she was sent to prison for eight years for a miscarriage, until she was released. This case set an important precedent in terms of strategic litigation and shows that the criminalisation of abortion in Argentina is a reality.

2) Criminalisationof abortion: In Tucumán, we are persecuted and criminalised for having an abortion.

This video shows that Belén was not the only one, but that more than 600 women in Tucumán were criminalised for having an abortion.

3) Criminalisation of the doctors – from the other side: This video deals with how the unexpected entrance of the Prosecutor’s Office and the Courts has had an impact on health professionals.

FOR INFORMATION ABOUT THE OTHER THREE VIDEOS WHEN THEY ARE RELEASED: Fundación Mujeres X Mujeres, https://mujeresxmujeres.org.ar/