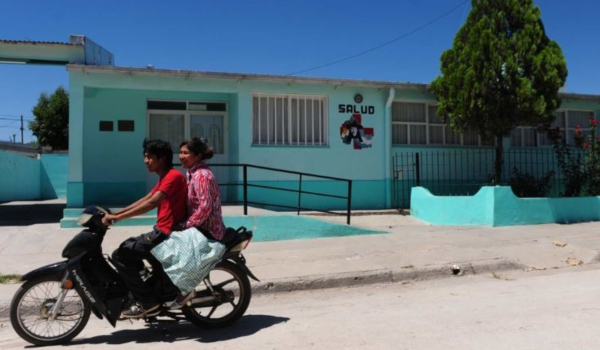 About ten kilometers south of San Salvador de Jujuy is Alto Comedero, one of the poorest neighborhoods in the area. There is a state school of mixed secondary level, attended by less than 200 students. Today, 30 of the girls are pregnant. They are aged 12-19 years old.

We asked the directors of a number of schools about this issue. Many did not want to answer, perhaps because they feel guilty that this is happening. So we decided to do a survey of the girls. The school with 30 pregnant girls had the most cases, but there are many pregnant students in the other schools too, according to Clarín Patricia Morales, head of Comprehensive Sexuality Education (ESI) of the province’s Ministry of Education. “In a survey, 80% of the students asked to have sexual education, and that is what we are trying to do, so that it reaches all the students at all levels,” Morales says.

She already has a team of 22 people and most teachers are being trained and have been given educational materials. “While there are sectors that oppose sexual education, such as private religious schools, where there is indoctrination, they will not divert us. This form of education is good sense, and the Church has to understand that education is secular.”

Morales explains that based on their surveys, soon to be completed, they will announce the creation of childcare centres where the babies of these students can go so that the girls do not have to stop studying. The boys too, because often both parents are students in the same school. However, the majority of these pregnancies are the product of rape and intra-familial sexual abuse. According to official data from the province, an estimated 60% of sexual abuse occurs in the girls’ own homes.

The ESI specialist insists on the right of children and adolescents to receive an education and to be informed. The National Law on ESI is 12 years old now. But there are still parents who oppose this right with campaigns such as “I do not authorise” or “With my children, no.”