Home » News » ARGENTINA – Honour your promise: table a bill to legalise abortion in 2020 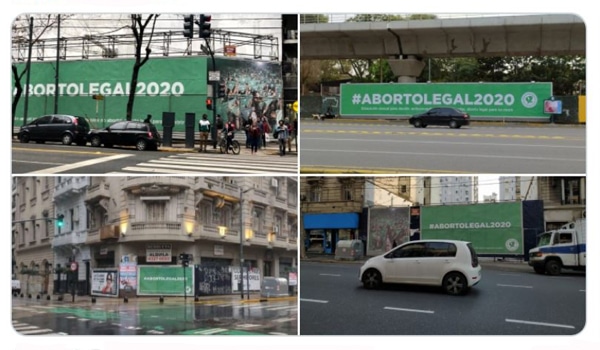 The abortion rights movement held a national action day on 8 August to call on President Alberto Fernandez to honour his promise in March to table a bill in the Congress to legalise abortion. The streets of several large Argentinian cities were covered with the slogan “Legal abortion 2020”. The same day, feminist activists mobilised on social networks by posting photographs of past actions and demonstrations, using the Campaign slogans: “Sera ley” (“It will become legal”). See for example a long run of photos and visuals on the Twitter account @CampAbortoLegal.