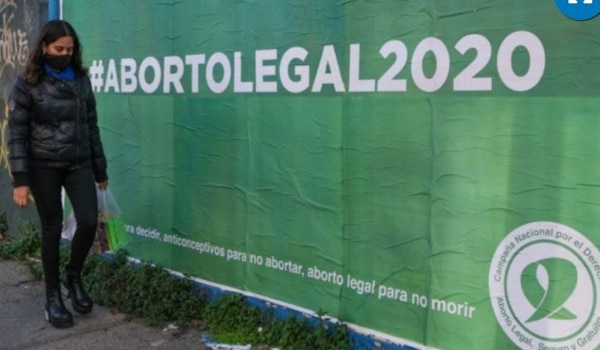 On 1 March 2020, the President of Argentina since December 2019, Alberto Fernández, had promised to table a bill “in the next ten days”. He had also described abortion as “a matter of public health”, acknowledged the detrimental effects on girls’ and women’s health under the current limited law, and said “Abortion happens, it’s a fact… A state should protect citizens in general and women in particular. And in the 21st century, every society needs to respect the individual choice of its members to decide freely about their bodies.” At that moment, no one was aware of the pandemic about to arrive.

On 8 August 2020 – the two-year anniversary of the defeat of the previous bill in the Senate in 2018 – there was a public call from the women’s movement to fulfil his promise and table a bill as he promised. In response, two days later, the Cabinet Chief, Santiago Cafiero, announced that a bill would not be presented to the Congress this year, due to the coronavirus pandemic. It has been postponed to 2021 by the President. “If it had not been for the coronavirus pandemic, it would have been debated this year,” he is quoted as saying. “This is not the time,” was a phrase that he reportedly used in one of the private meetings that Fernández held in recent days.

A bill had apparently been written by early March, however. According to a report in Infobae. Vilma Ibarra, the powerful Legal and Technical Secretary of the Presidency, who was one of the authors of the 2018 bill, one of the most committed to the bill becoming law as soon as possible.As soon as she took office, Alberto Fernández told her that the crux of the bill should be to address the public health problem and prevent the death of women from clandestine abortions.A text was drafted (and is said to be in Vilma Ibarra’s office). It is also said to incorporate a guarantee by the State to provide health and nutrition support for three years to any woman living in poverty who seeks an abortion only because she cannot afford to support the child, if she continues the pregnancy.

The reasons for postponing the presentation of the bill gathered by Infobae are that the number of Covid-19 infections (7,500 per day) has been so high that the health service would not be able to cope if it also had to provide abortions. In addition, the Minister of Health, Ginés González García, and the Secretary for Access to Health, Carla Vizotti, are dedicated full-time to the pandemic and would not have the time to join the abortion debate, which might take up a lot of time. A third reason was that they could not afford to create controversy that would lead to demonstrations in the streets when social distancing is so crucial.

There is also a plan to work towards a political consensus, including in local regions, before tabling the bill. However, news of the postponement prompted discontent among the numerous pro-choice legislators in Congress and on Tuesday, President Fernández sought to soften the blow by assuring that he would send the bill “as soon as he could.”

Nicolás Del Caño, representing the Frente de Izquierda (Left Front), dismissed cost arguments in the midst of the coronavirus pandemic. “Linking the non-presentation of the bill to legalise abortion with the burden on the health system ignores the impact of unsafe abortions on that system, giving the idea that women’s health is less important or less urgent,” Del Caño toldPerfil. “Ending clandestine abortions does not pressure the health system.”

The fact that approximately 350,000 women have illegal abortions each year in Argentina, according to Health Ministry estimates, supports this argument rather strongly. As Deputy Adriana Cáceres said: “If the political will exists, there are no barriers for responding to the women’s agenda.”