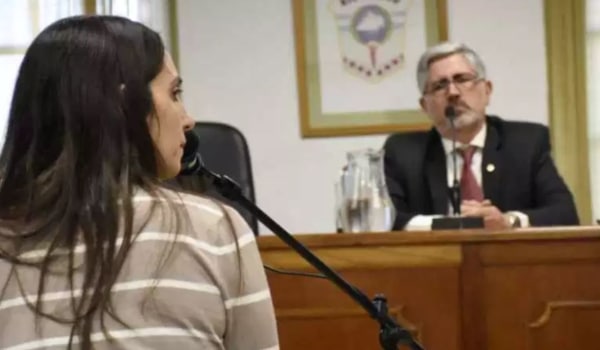 On 21 May 2019, an obstetrician-gynaecologist was found guilty of obstructing a legal abortion in Argentina. The young woman, who was 19 years old at the time, requested an abortion due to rape and was admitted to hospital with contractions. The physician gave her a number of medicines without her consent which stopped the contractions and admitted her to the mental health unit, where she remained for two and a half months. She then had a caesarean section and the baby was given for adoption.

Judge Menet said that the gynaecologist, Leandro Rodríguez Lastra, never had the slightest intention of providing a legal abortion for the girl when he made it a condition that she must have a psychiatric evaluation first, something which is not required by law. He did it “knowingly, even though other health professionals in the Oro Hospital informed him that any evaluation could not be carried out in time to provide an abortion due to the lack of specialists in the hospital to do it. On the contrary, the doctor tried to use his position to violate the rights of the young woman. He said further that at the time of the events in 2017, the doctor was not included on the register of conscientious objectors of the province, had at all times maintained… denial of the practice that was demanded of him, to which he was bound by law, a denial that he tried to hide with excuses of various kinds and about which he did not inform the young woman concerned, as was his obligation to respect the rights of the patient.

The young woman’s evidence was presented by psychologist Paula Salto. She reported on behalf of the young woman: “The doctor did everything he could so that she would have to continue with the pregnancy, that she experienced daily flashbacks and images of the rape and that she then suffered a lot because she had been hospitalised until her pregnancy ended. “This ruined my life,” she said.

The doctor’s defence lawyer in summing up asked the judge to take into account the situation of the two-year-old child who had been born. Judge Menet replied: “It is not an appropriate argument in this case, nor is it legal. However, I intend to answer it.” He talked about considering what kind of judge would devalue the decision that under the protection of the law a young woman took, who went to the public health system of the province in search of an answer to her predicament, which was denied by the conduct of the accused. He continued: “It is evident that in the face of the collision of interests, the life of the child versus the young woman’s sexual freedom and self-determination, in the case of a conception produced by a rape, the law must make the second prevail over the first.” And added: “This traumatic experience can only be experienced by a woman.” The judge also described what happened to her as “double rape” and “obstetric violence”.

Sentencing will be in a few days, and may be from one month to two years in prison before he can be released, plus disqualification from practising his profession. The judge ordered that the young woman’s name, photo or anything identifying her must not be published.