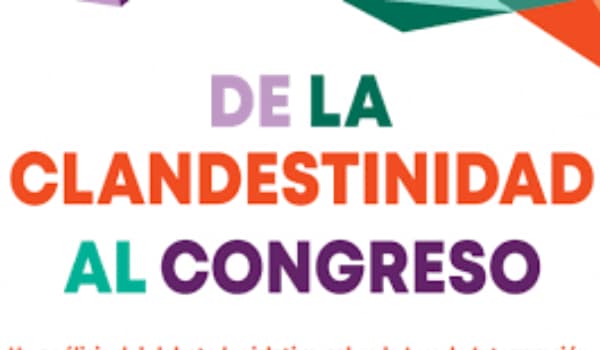 (From Clandestinity to Congress)

This 30-page publication by the Red de Acceso al Aborto Seguro Argentina (Network for Access to Safe Abortion Argentina, REDAAS) is an analysis of the events that took place during the legislative debate on the Law for the Voluntary Termination of Pregnancy in Argentina in 2018.

It was written by REDAAS with the financial support of CLACAI (Consorcio Latinoamericano contra el Aborto Inseguro) and the Safe Abortion Action Fund (SAAF).

In 2018, Argentina experienced an unprecedented historical process due to the legislative debate over the right to abortion, a consequence of decades of feminist struggle. For three months, 881 speakers in favour of and against the legalisation of abortion presented their knowledge and opinions in Congress’s committees and in the plenaries and sessions of the Chamber of Deputies, where it was passed, and the Senate, where it was voted down. Despite the negative outcome of the vote in the Senate, abortion was socially decriminalised, driven by a massive national mobilisation that transcended the country’s borders and reached many neighboring countries. This comprehensive report presents the legal, public health, social and cultural arguments by a wide range of experts who contributed to legislative and social debates in the entire region, a contribution that was so extensive that the green wave will continue to expand until safe abortion is the law throughout Latin America.FULL REPORT (en español), written and edited by Maïte Karstanje, Nadia Ferrari, Zoe Verón, Natalia Gherardi, Mariana Romero and Silvina Ramos ; Summary by Mariana Romero, 13 June 2019