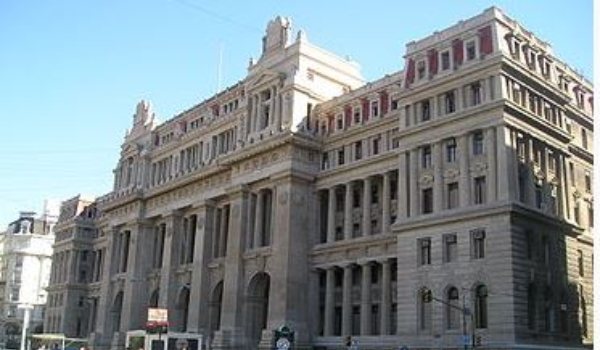 Lifting the political taboo without settling the constitutional limbo

In 2018, constitutional dialogue about abortion spread outwards from the agenda of a growing but not massive number of feminist groups; professionalized NGOs; networks of teachers, social workers, journalists, health providers and lawyers. The debate finally reached the most popular TV shows and every media outlet, the tables of millions of households, and the national Congress.

The year began with street demonstrations and… then a presidential invitation to open the congressional debate… [In the] hearings… the constitutional arguments articulated… included abundant references to constitutional provisions and court cases; international rules and precedents; proportionality and balancing analyses; comparative law; the history of abortion regulations and practices; intersectionality dimensions… [and] law and morality arguments [with] references to the connection between law and public health, law and medications, law and politics, legal narratives ending with women’s deaths or lack of access to legal abortions, and further socio-legal data about the formal and informal operation of the rules criminalizing and establishing the legality of abortion in Argentina and abroad.

The House hearings ended with a favorable majority opinion in support of a bill decriminalizing abortion on demand in the first trimester, allowing it in specified circumstances after 14 weeks, and mandating the provision of all legal abortions within the public health system… A month later, the Senate began its own hearing process, inviting 143 cultural leaders, citizens, and experts… Constitutional arguments mirrored those of the House, but included some extended dialogues between guests and questioning Senators. On August 9… the bill was defeated by 38 to 31 votes with two abstentions and one absence.

A few years earlier, neither Argentine feminists nor democratic constitutionalists could have imagined such an abrupt escalation of the country’s constitutional conversations about abortion… Nevertheless, the Senate defeat of the bill after such an extended national conversation left a bitter taste… [with] many symbolic and political consequences…

…Since August, media coverage of several conflicts suggests a significant backlash in the provision of [legal] abortions, particularly in Northern provinces… in cases of rape or risks for health. Indeed, despite its symbolic import, the 2018 national debate might have actually caused a decrease in the availability of legal abortions in some parts of the country.

What’s next? A new dialogic round?

…Opposition Senate Leader, Miguel Angel Pichetto… urged the Supreme Court to take up the issue, given the inability of the political community and its leadership to deliver an answer to women’s claims.

The intervention of strong courts and strong remedies in the style of Roe v. Wade has long been highly controversial as a strategy to resolve morally divisive issues. However… the Argentine court would be intervening given the persistence of the constitutional limbo around the current regulation of abortion …

The Supreme Court could… speak only while the political exchange gets reopened, more in the style of the interventions made by the European courts following congressional debates on abortion reform. The Justices could consider some of the cases already on their docket or [address the] systematic pattern of rights violations of young, suicidal rape victims or women facing risks to their lives or health…

The Court could [use arguments from] the Canadian Supreme Court [judgment 1988]. References to the inefficacy of the criminal law to protect fetal life… could supplement the argument… Moreover… the Court could resort to the multiple congressional statements that accepted the uselessness of the criminal law to protect both fetal and women’s rights, a subject where both opponents and defenders of abortion reform have expressed a consensus.