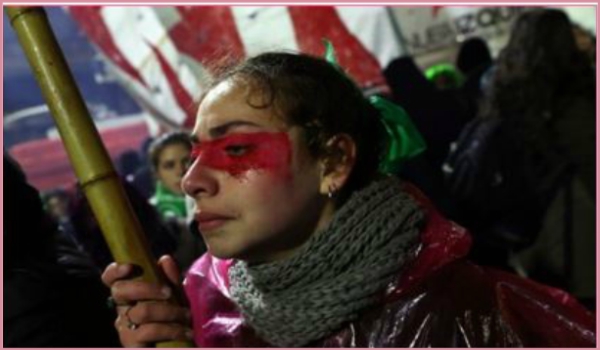 More than 3,700 people have submitted apostasy requests to the Argentinian synod in protest against the Church’s heavy-handed anti-abortion campaign during the debate in the Senate, according to César Rosenstein, a lawyer and founding member of the Argentinian Coalition for a Lay State.

“Apostasy is an important symbolic and political act,” said Rosenstein, who said that visits to the group’s website had shot up since the vote from 100 daily unique users to around 40,000 a day. People are asking for all their records with the church to be deleted, an unusual step.

Those who decided to leave have expressed anger not only at the interference over the defeat of the abortion bill, but also regarding opposition to same sex marriage and divorce, both of which passed into law in spite of the church, not to mention the church’s ‘ambivalent’ role during the 1976-83 military dictatorship. For one woman, the abortion bill was the last straw.

But activists all agree: there will be a law #SeraLey. This battle is far from over.