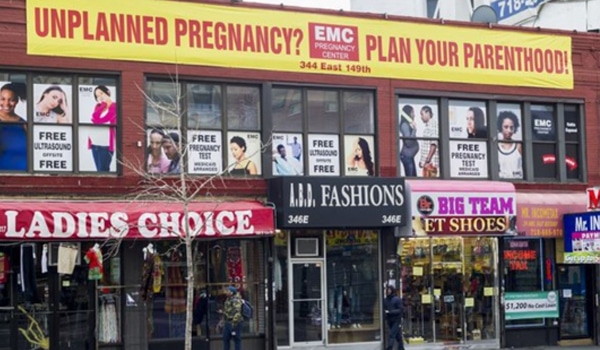 If you go to a public hospital, you expect accurate medicalinformation. You expect staff who offer you an ultrasound to be medicallyqualified. However, a nine-month investigation by openDemocracy has revealed‘crisis pregnancy centres’ in 18 countries that arefeeding womendisinformation,emotionally manipulating them andoutright lyingabout abortion.

Their reporters visited these centres and were falsely toldthatabortion increases the risk of cancer and mental illness; thatitmakes a woman more likely to abuse her children; thatshe needsconsent from a partner to access abortion; and that hospitals will refuse totreat medical complications from abortion. Some centres presented themselves online as pro-choice support groups –or abortion providers. Some centres were offering ultrasounds without medicalqualifications. In some cases, training materials claim thatcondomsaren’t good at preventing pregnancy,and thatabortion can turn awoman’s partner gay. On every continent, their undercover reporters werepressuredto continue unwanted pregnancies, even in cases of rape or where allegations ofdomestic violence had been made.

Government agencies, hearing of this disinformation in some of the 18 countries, have promised investigations, and lawmakers across four continents have called for action. Twelve MEPs and 19 national legislators wrote to the European Commission’s Health Commissioner, Stella Kyriakides, and the Council of Europe’s Human Rights Commissioner, Dunja Mijatović, demanding “firm action” against crisis pregnancy centres that disseminate misleading information on abortion.

They found these centres across five continents insidehospitalsand women’s shelters, near university campusesand advertised in schools.Spainand Italy are among the countries where these centres have received publicfunding. Italy has 400 such centres. Only the USA has more. They are run byanti-abortion activists, backed by powerful US religious groups, some withcloselinks to the Trump administration.