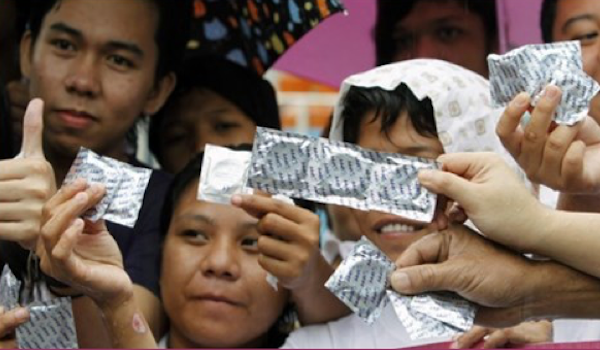 In Geneva on 8 May, the UN Human Rights Council Universal Periodic Review raised questions on the compliance of the Philippines government with its commitments on reproductive health and rights, including access to abortion. The Netherlands recommended that the Philippine government should take immediate steps to permit abortion when the woman’s life is in danger; when the pregnancy is a result of rape; and in cases of fetal impairment, with a view to decriminalizing abortion in the near future.

PINSAN (Philippine Safe Abortion Advocacy Network) submitted a joint report to the session. In a press release on 9 May, they reported that there are three women dying every day from complications from unsafe abortion in the country, and that over 600,000 Filipino women induce unsafe abortion each year at the risk to their lives, health, liberty, and security.

Sweden recommended that the government ensure that Executive Order No.12, pertaining to the Responsible Parenthood and Reproductive Health Act (2012), is fully implemented in order to meet the need for modern family planning and to secure universal access to sexual and reproductive health and rights. They noted that according to government estimates in 2016, there are still 7.3 million women in the Philippines who have an unmet need for modern contraceptives.

President Duterte’s Executive Order No.12, 9 January 2017, was intended to ensure strict implementation of the Responsible Parenthood and Reproductive Health Law 2012 – to attain and sustain “zero unmet need for modern family planning”. In 2015, in response to an anti-abortion petition, the Supreme Court stopped the Department of Health’s (DOH) programme for the distribution and sale of contraceptive implants and barred the Food and Drug Administration (FDA) from “granting any and all pending application for reproductive products and supplies, including contraceptive drugs and devices”. Then, in an August 2016 ruling, the Court denied a motion by the DOH to withdraw the order and instead remanded the case to the FDA to check if the contraceptive products had abortifacient side effects (sic). This has effectively blocking access to most birth control products.

Reproductive health advocates have warned that the Philippines stands to run out of contraceptives by 2020. Speaking at a forum organized by House Deputy Speaker Pia Cayetano this month, Junice Melgar of the Department of Health’s national implementing committee on the Reproductive Health Law said the court’s temporary restraining order on the certification of contraceptive products had far-reaching health implications for women. The director of the DOH’s Family Health Office told the forum: “Slowly, I think they are killing women. Last year, the registration of several products expired. This year, we expect 62% to expire. Next year, a full 90% will be expiring. And by 2020, there will be no contraceptives, nothing.”

In this light, women’s rights and SRHR advocates welcomed the Human Rights Council’s recommendations and called on the government to act urgently to address these sexual and reproductive health and rights issues.