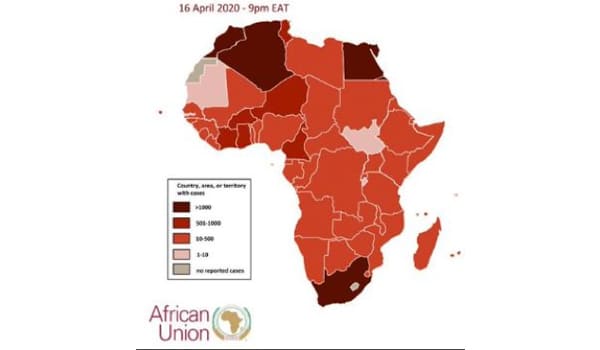 More than 1 million coronavirus tests will be rolled out in Africa from next week to address a gap in assessing the number of cases on the continent, the head of the African Union’s health body has said. In an online briefing to journalists on 16 April, John Nkengasong, director of the Africa Centres for Disease Control, said some 15 million tests may be required across Africa in the next three months, the Associated Press reported.

Africa has suffered in the global race to obtain testing kits and other badly needed medical equipment. While the number of reported virus cases across the continent was above 17,000 on 16 April, health officials have said the testing shortage means there are more cases. South Africa, the most assertive African nation in testing, has carried out perhaps 80,000 tests so far, Nkengasong said.

In a live press conference on 16 April by WHO and the World Economic Forum, in response to a questions from a journalist, the WHO Africa representative said US $300,000 will be provided by WHO for the Covid-19 response in Africa.

Topics being covered included the consequences of high urbanisation, high rates of homelessness and high numbers of very vulnerable people due to poverty. As regards handwashing, one journalist suggested public handwashing stands in cities.