Home » News » Access to and quality of menstrual regulation services and post-abortion care in Bangladesh: evidence from surveys of health facilities, 2014 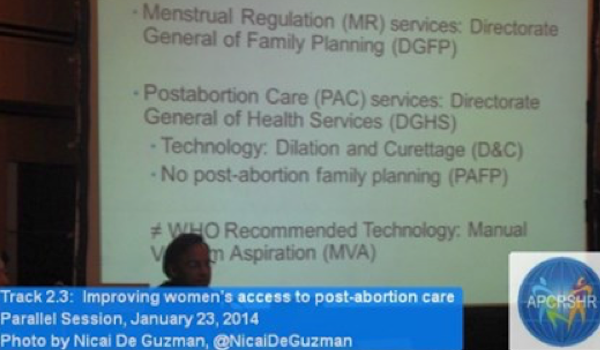 > Only about half of all union health and family welfare centres (UH&FWCs) provided MR procedures in 2014, a significant decline from two-thirds in 2010. These facilities are the primary health providers in rural areas, where the majority of the population lives.

> An estimated 27% of women seeking MR services at public and private facilities were rejected. The most common reason providers gave for turning women away was having missed the window of time since last menstrual period in which MR is allowed. Many respondents also reported rejecting women for social and cultural reasons unrelated to government criteria.

> Policy and programmatic actions are needed to increase availability of and access to MR and treatment for post-abortion complications. Strategies include increasing training for providers and disseminating information about the MR program at the community level. In addition, provision of contraceptive counseling and methods for post-abortion care and MR patients must be improved, particularly at private sector facilities.