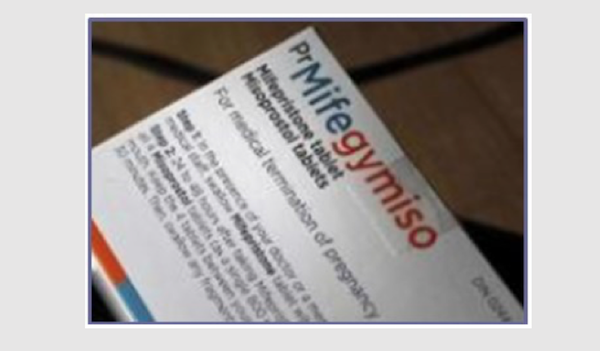 Mifegymiso, the medical abortion pill packet, has been available in Canada since late January 2017. However, three months after the pills became available, only five provinces and one territory have requested it, according to its manufacturer: Ontario, Manitoba, Saskatchewan, Alberta, British Columbia and the Yukon.

Medical experts and advocates had hoped the abortion pill would help close the urban-rural divide in access to abortion services in Canada. But according to an article in the Canadian Medical Association Journal (CMAJ), the biggest barrier is that Health Canada only allows specially trained physicians to dispense the drug. This means a doctor has to stock Mifegymiso or send patients to a pharmacist who can courier it back to the doctor for hand off. Health Canada also requires that the physician “supervise” administration of the drug, but leaves it to them to decide if the patient has to ingest it in their presence.

These rules are not “legally binding,” however, according to new guidance from the College of Physicians and Surgeons of Ontario and the Ontario College of Pharmacists. They argue “it is within the scope of practice of pharmacists in Ontario to dispense medications directly to patients,” which includes Mifegymiso. Health Canada sees this as an “off-label” use of the drug. Both physicians and pharmacists would still be required to undergo the mandatory training offered by the Society of Obstetricians & Gynaecologists of Canada (SOGC). The Ontario guidance echoes advice issued by the two colleges’ counterparts in British Columbia in January.

Phil Emberley, director of professional affairs at the Canadian Pharmacists Association, thinks Health Canada ideally should change its rules so that doctors and pharmacists aren’t forced to practise off-label. However, Health Canada claims it has imposed these hurdles “to help reduce risks to patients”.

“Clinicians should be reassured that the medication is very safe, and in other jurisdictions, it’s quite clear that private provision and self-administration is safe,” says Dr. Dustin Costescu, a family planning specialist at McMaster University in Hamilton, Ontario, who wrote the SOGC accredited course for Mifegymiso.

Dr. Wendy Norman, a family planning expert at the University of British Columbia, argues the restrictions are more politically motivated than scientifically grounded. She has studied the rural-urban gap in access to reproductive services and says that pharmacists are the best-trained and equipped to provide the medication.

The training course is simple and straightforward. But even requiring doctors and pharmacists to undergo extra training to provide the drug “limits the pool,” Emberley says. Added to that is the fact that the manufacturer Celopharma also began asking physicians who completed the training to get their patients to bring a signed consent form with them to the pharmacist, to prove that their doctor was licensed to prescribe Mifegymiso. And the upper time limit allowing use is only 7 weeks of pregnancy. And to add insult to injury, the pills cost CAN$ 300, which health professionals think many women won’t be able to afford anyway so why get training to provide them.