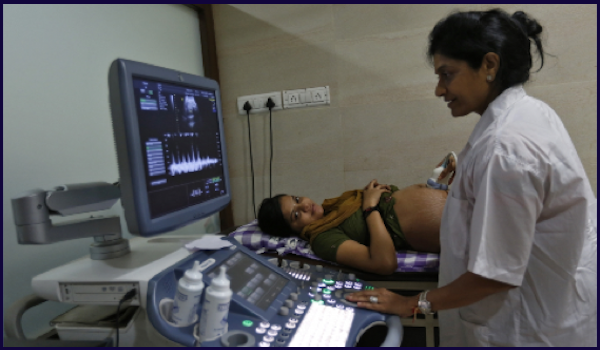 Perhaps the most important headline is that 10 women die every day in India as a result of unsafe abortion. That some 30,200 abortions take place daily in India, half of which are unsafe, causing some 3,600 women to experience complications resulting in morbidity and mortality on a daily basis. That unsafe abortion is the third leading cause of maternal deaths in India, contributing to 8% of all maternal deaths annually.  In a country that since the 1970s has had a law allowing abortions on a wide range of grounds.

The problem is multifaceted. There is a huge lack of safe abortion services. There is confusion about what is legal and what is not, particularly in relation to the illegality of sex determination and how that is being confused with the legality of second trimester abortion up to 20 weeks. Many women believe they do not meet the criteria for a legal abortion even though they do, such as young and unmarried women. Or they are in sexual relationships that would condemn them if they revealed their need for an abortion to family members or a clinician. Some doctors demand husband’s permission, which is not legally required. Others charge extortionate fees.

So women go to unauthorised providers, not all of whom are safe. They may choose confidentiality over safety. Many others buy medical abortion pills over the counter without a prescription or information on how to use the pills effectively. Many have no problems but some get bleeding problems and incomplete abortions. This gives the pills a bad name when the problem is lack of information on safe and effective use. Hence, some clinicians condemn the pills to the media.

In Maharashtra, for example, a state government committee investigating deaths in Sangli district allegedly linked to illegal abortions has recommended classifying medical abortion pills the same as narcotics to try to stop sex selective abortions, instead of addressing the problem of discrimination against girls and women. The dean of the Government Medical College in Sangli, who heads the committee, has claimed that abortion pills are poison and called them a “weapon”. In March 2017, a young woman died after allegedly being given medical abortion pills by a homeopathic doctor with no abortion training. Also earlier this year, another state committee had recommended mandatory tracking of every pregnant women with a female fetus, and another recommended tracking every pregnant woman. Suchitra Dalvie, head of the Asia Safe Abortion Partnership, told Scroll In that this confuses the law forbidding sex determination and the law allowing abortion, but this often falls on deaf ears. Ravi Duggal from the Centre for Enquiry into Health and Allied Themes argued that these restrictions would lead to bribery of health professionals, victimise women and violate their rights.

Lastly, abortion is only permitted up to 20 weeks of pregnancy in most cases, and because tests for fetal anomaly are often done after 20 weeks, clinicians cannot do abortions in these cases and women end up going to a high court to get permission. The numbers of these cases are growing, or at least the numbers reported in the news are growing. This month, a 19-year-old rape survivor approached a court in Gujarat. She had been raped by a member of her family, did not realise she was pregnant until her father asked her aunt to take her to a doctor. So she was 24 weeks pregnant, beyond the legal time limit, when she sought permission for an abortion on mental health grounds.

While the courts mostly seem willing to give such permission, they are not required to do so, and the delay and cost are high. In one recent case, the woman received a diagnosis of a fatal heart anomaly in the fetus at 21 weeks, but it took a good month for the case to be heard at court and then the abortion had to be arranged. She was 26 weeks pregnant by then. Most women will not have the wherewithal to go to court in this way. According to Dr Devi Shetty, who was treating the woman, a low number of radiologists to screen the high numbers of women who seek screening is also responsible. He called for the law to be reformed to allow abortions up to at least 28 weeks in such cases.

In another case, also reported this month, a woman who had received a diagnosis of a severe neurological condition in her 27th week was refused an abortion by the Supreme Court because the panel of doctors who reviewed her case did not believe it was serious enough. The baby has since been born and is not expected to live. It emerged that the panel of doctors did not include a specialist in neurology.

At a recent two-day conference, aimed at building a coalition of safe abortion advocates in India, organised by the Ipas Development Foundation, the issues of low contraceptive use, repeated unwanted pregnancies and unsafe abortions were central. According to Vinoj Manning, their director, close to 10,000 doctors in the public sector in 13 States have been trained for providing safe abortion services to women. The first safe abortion guidelines issued in 2010 were significant of the national commitment to making abortion safer and have been followed by other progressive policy, including a mass media campaign. However, promises to amend the Medical Termination of Pregnancy Act 1971 that would allow mid-level health workers to provide safe abortion services have not been fulfilled, and lack of access to second trimester abortion, both before and after 20 weeks of pregnancy, because of fear of accusations of sex selection, all need urgent attention.

Also at the meeting, Dr Atul Ganatra of the Federation of Obstetrics and Gynaecological Society of India (FOGSI) said that conflict in laws and lack of clarity about laws have resulted in denial of safe abortion services to girls below the age of 18 for fear of prosecution. He called for public education, including for legal experts, on the abortion law and an increase in the 20-week time limit. A representative of Population Services International in India claimed that reduced profits due to price controls had meant many pharmaceutical companies in India has stopped producing medical abortion pills as well.