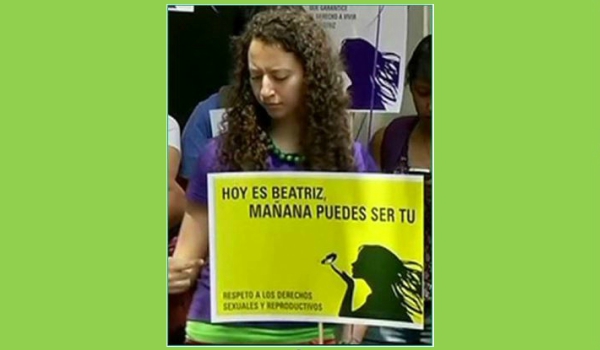 From the Introduction (translated)

What is happening with legality and illegality of abortion in Latin America is as contradictory and diverse as our different societies. At the same time, it offers space for deliberation and cross-border advocacy that every so often achieves some successes. Although those achievements do not always translate into real improvements in the lives of women, those who fight for liberalisation of abortion laws turn more and more throughout the region to the law. However, those who resist these changes also too often embrace legalistic strategies. In this way, the confluence of legal mobilisation and counter-mobilisation processes generates growing demands for legal argumentation as well as resources for understanding the political stance of those who oppose liberalisation. This publication aims to contribute to improving the understanding of the conservative activities of anti-rights groups from a legal perspective.

The project was divided into two phases: the first focused on the production of the papers for this publication and the second on the development of an online course aimed at legal experts dedicated to the themes of law, sexuality and reproduction which could be based on these papers. An excellent team of professionals, mostly PhD students whose work addresses issues of gender and law accepted the invitation to participate in the book with enthusiasm. And a new generation of lawyers dedicated to teaching, research and advocacy in Argentina, Brazil, Colombia, Chile, Mexico, Peru, Puerto Rico, USA and Canada wrote the first drafts of the chapters. The texts were then discussed in a meeting in March 2017 at the University Torcuato Gave Tella in Buenos Aires, and went through a process of editing and review…. Part I is headed “Arguments for liberalisation” and contains five chapters. Part II is headed “Accessibility of legal abortion” and contains six chapters. Part III is headed “Reactions and counter-reactions” and contains five chapters. Each part is introduced by one of the editors.