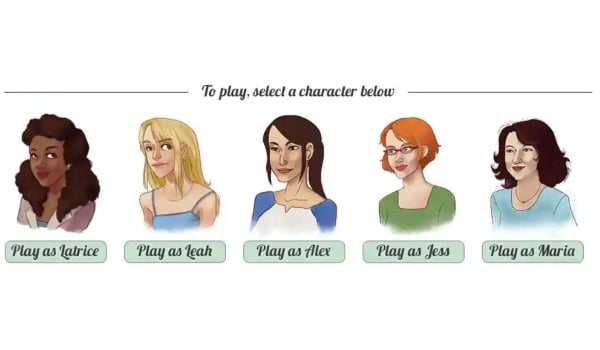 The year is 1972. You’re part of an underground network of feminists in Chicago that provide illegal (at the time) abortion services…. It’s politically fraught. It’s a live-action role-playing game by Jon Cole and Kelley Vanda calledThe Abortionists, which requires three players, one facilitator, six hours and a willingness to dig deep into the painful history ofreproductive rightsin the United States….

Trappedbegan as a card game, developed atWomen’s Health Specialists in California, and was expanded upon later by participants in theAbortion Access Hackathon. It exists now as a free browser game. Its goal is simple: to make players understand the practical realities of how difficult it can be to get an abortion, particularly when economic, political and cultural factors get in the way.

InChoice: Texas, a game that uses an interactive fiction toolto tell its story, you’re asked to live out a variety of scenarios through the eyes of five women who discover that they’re pregnant…. Each of them runs into different complications in the US state of Texas, where legislators have actively worked to reduce the options around reproductive healthcare…. The game forces you to decide what you really want, what you are willing to sacrifice, and what it will mean for your future.

Polish game designer Aleksandra Jarosz was spurred into action during the 2016 government effort to further restrict abortion laws in Poland, banning abortion on the ground of fetal anomaly.With Thomas Feichtmeir, Michael Hartinger, and Sebastian Merkl, she created Fantastic Fetus: a game that asks you to imagine being pregnant in a world where the government’s proposition had become law.

Joanne-Aśka Popińska, a Polish woman living in Canada, was similarly inspired by the Black Protest to develop a virtual reality experience calledThe Choice,where participants are faced with first-person accounts of real people who have had abortions, listening to their stories about how they felt.

InChildfree, a live-action role-playing game created by Axelle Cazeneuve, seven participants act out a decision about whether or not to terminate a pregnancy. This game takes place entirely within the mind of a fictional person whose concerns and conflicts are represented by all of the players collectively.
SOURCE: The Guardian, by Laura Hudson, 28 June 2019 ; VISUAL: Choice: Texas