Home » News » A Correction and a Response to: Abortion by telemedicine, an equitable option for Irish women 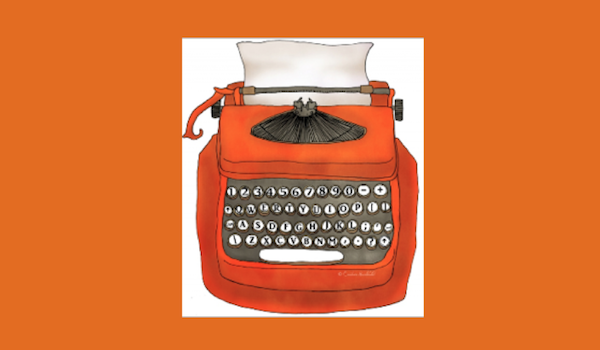 Self-reported outcomes and adverse events after medical abortion through online telemedicine: population-based study in the Republic of Ireland and Northern Ireland

Aiken and colleagues analysed self-reported outcome data submitted to a telemedicine clinic by 1,000 women four weeks after receipt and use of mifepristone and misoprostol to end an early pregnancy (among a total of 1,636 who were sent these drugs, 158 of whom confirmed not using the drugs). The women lived in the Republic of Ireland or Northern Ireland, where abortion laws are among the most restrictive in the world. Almost 95% reported successfully ending their pregnancy, 0.7% required a blood transfusion, 2.6% required antibiotics, and overall 9.3% experienced symptoms potentially requiring medical attention. There were no deaths.

We already know that medical abortion with mifepristone is one of the safest options and that it is highly effective. We also know that clinician assessment of patient eligibility through telemedicine is effective. What this study adds is an important exploration of whether women in jurisdictions with severe restrictions on abortion but good access to high quality healthcare will self assess and manage potential complications. Fewer than one in 10 responding participants reported symptoms of a potential complication, and about a third of women who did so subsequently required treatment. Importantly, 95% of women who were advised to seek local medical care did so.

These findings are consistent with abortion outcomes in face-to-face and telemedicine settings where abortion is legal. Clinicians prepare women to detect potential complications and to seek advice and treatment in timely way. Recognising this, routine follow-up is no longer recommended by WHO guidelines.

While findings from self-reported data must always be treated with some degree of caution, common biases from self-report are mitigated by the short interval between self-medication and outcome reporting (four weeks). It is also likely that most complications were captured, as this online telemedicine service was probably the only safe outlet for women needing to discuss symptoms of a suspected complication.

Missing data is a further limitation. This service must be commended for collecting outcome data from 1,000 of the 1478 women who might have taken medications during the study period. That outcome data were missing from 478 (32%) represents important uncertainty. As the sample size is too small to detect the true risk of the rare morbidity associated with this treatment, and as we do not know what happened to nearly a third of women, complications rates reported here could be an under-estimate. Until legal restrictions in the Republic and Northern Ireland are relaxed or removed, uncertainty about risks of self-administered medical abortion will persist.

[Editor’s note: Loss to follow-up: This is an important study and as many others have said, it shows that self-use of medical abortion pills in the Irish setting is very safe. We have quoted the editorial above rather than the main article, in order to underline something that not one of the media reports of this study has noted. Nearly a third of the women who received the medications were lost to follow-up. While it is unlikely that in Ireland anything serious happened that was not taken care of, the same may not be the case in countries where access to post-abortion care is limited or non-existent. The fact of the safety of self-use of medical abortion in the Irish setting therefore cannot be assumed to apply in such other places. I believe the authors ought to have made this clearer in the paper itself, and all the media who have reported these findings should have at least noted the loss to follow-up.]

A correction and a response

Abigail Aiken writes in response to the Editor’s note in the Campaign newsletter report, 6 June 2017:

“Many of the media outlets that covered this article, including the Associated Press, New York Times, and Washington Post did in fact mention the study’s 71% follow-up rate. The authors also discuss the follow-up rate in detail in the original paper, noting that while clearly incomplete follow-up is a limitation, 71% is as good as or better than most abortion studies in the clinical setting, where women often don’t feel the need to make another trip to the clinic for a post-abortion check. They also discuss a previous analysis demonstrating that women who do not spontaneously offer follow-up after their online telemedicine abortions but who are reached by phone are in fact are much less likely to have experienced any problems compared to those who followed up spontaneously. The authors also point out in the paper that the results of the study should not be automatically assumed to apply to other settings, cautioning that opportunity, culture, and healthcare system access are different across contexts.”

Editor’s response: I accept the correction. But I remain concerned that our movement does not over-claim about the safety and effectiveness of self-use of medical abortion. The study discussed in the article showed excellent safety and effectiveness of correct use in a setting where full information and back-up was available, with a high loss to follow-up assumed not to be of concern. My main worry is settings where neither of these is the case and where there is a high loss to follow-up. We are learning that access to the pills has greatly outstripped access to information on how to use them in many places, particularly among the least advantaged women. We do not disagree on these distinctions. However, when messages travel down the grapevine and are reported onwards, not everyone necessarily understands that what is true of the women in Ireland who had contact with Women on Web is not always true for everyone nor for everywhere. The success of the method when used correctly is not the issue; it is the lack of access to information on how to use it in a range of other legally restricted settings in the world, and the consequences, that is.