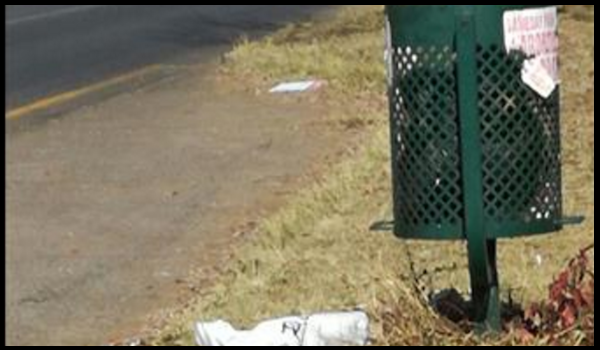 This year marks the 20th anniversary of the legalisation of abortion in South Africa. Government clinics offer safe abortion free of charge to women who are less than 20 weeks’ pregnant. So why are posters on the streets advertising backstreet services not only growing in numbers, but also in demand?

In South Africa, there are regular news reports of so-called “baby dumping” and women who are found to have dumped a dead fetus are charged with concealment of birth. Why? One of the reasons is lack of access to second and third trimester abortions. It is also about programme on prevention of mother-to-child transmission of HIV (PMTCT HIV) only wanting to provide care to women who want to have HIV negative babies and not to women who test positive and decide they want to have an abortion. With such high rates of HIV in women of reproductive age, this is a huge gap in the health system.

A news report this week also told the story of a 22-year-old university student from a rural area who fell pregnant, knew she had the right to an abortion, but felt ashamed and fearful that if she went to a clinic the news would somehow get back to her conservative family. A friend suggested she call one of the phone numbers on a street poster. She didn’t find the courage until she was six and a half months pregnant. She had to meet an unknown man in the street who took her to a dirty house where she had to lay on the bed and was given 12 pills to take. Then a woman inserted a “metal tool” into her uterus and turned and pulled for 20 minutes, causing her terrible pain. At the end she was handed a towel that had been on the floor to wipe herself off and the fetus in a bag, the woman saying: “This is yours.” Later that day she began haemorrhaging and her friend took her to a hospital where they did emergency surgery to stop the bleeding. But they also found three irreparable tears in her uterus that meant she could never get pregnant again.

Even so, women think they have no option but to turn to illegal and informal providers. As for the illegal providers, they advertise using mobile phone numbers which they change constantly, so that they can never be traced. These providers often practise in poor housing and have nowhere to dispose of the dead fetus, anymore than the women have. In one case reported on 19 July 2017, a 9-11 week-old fetus was found near a rubbish container in the west of Pretoria. A police spokesman was quoted as saying this was becoming a growing concern as four had been found in the past month alone. But their only advice to women Is to continue the pregnancy and give the baby up for adoption, and to tell them that unsafe abortion is unsafe, which they already know.

Access to legal services is becoming a real challenge as well. The Sexual and Reproductive Justice Coalition (SRJC) had a call last week from a woman who was at in a bona fide abortion clinic in Soweto. The clinic had just turned away 20 women, who were sent home without a referral or access to care. When the SRJC complained to the National Department of Health, their managers disciplined the nurses at the clinic, but SRJC have no idea why it happened – whether the nurses were burnt out or had no support themselves, nor were they able to find out what had happened to the 20 women. This week they have been looking for a provider for a women in Tzaneen, in Limpopo, who is 13 weeks pregnant and has been turned away from public clinics who said she was too late.

Last weekend, SRJC had reports of a woman in Edenvale Hospital in Gauteng who had an IUD inserted at 17 weeks of pregnancy and then there was no capacity to assist her through the abortion. She delivered alone and had to wait a few days to be seen by a doctor.

The SRJC get reports and referrals like this weekly about women attempting and failing to access services. They have written to the Minister of Health this week to ask for a meeting to discuss this health systems crisis.