The Global 16 Days Campaign, launched by the Center for Women’s Global Leadership (CWGL) at its first Women’s Global Leadership Institute in 1991, has been used worldwide to call for the elimination of gender-based violence (GBV). It is run annually from November 25 (International Day Against Violence Against Women) to December 10 (International Human Rights Day). In 2018, a multi-year theme focusing on ending GBV and harassment in the world of work was announced by CWGL to coincide with the adoption of a historic new ILO Convention with the same focus.

In June 2019, the International Labour Organization (ILO) adopted the Violence and Harassment Convention C190 and the campaign shifted its focus to ratification. Before the first anniversary of its adoption on June 21, 2020, Uruguay and Fiji became the first two countries to ratify the convention, which will come into force in June 2021. Today, Argentina is on its way to being the third. 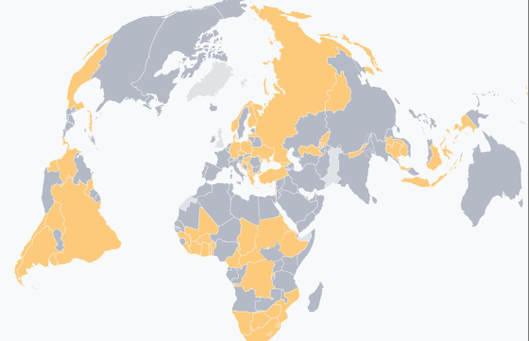 The International Campaign for Women’s Right to Safe Abortion supports the 16 Days Campaign against Violence against Women annually, raising issues related to our own aims. Rape and incest, sexual violence and abuse, are responsible for an uncounted number of unwanted pregnancies – as well as for sexually transmitted infections, physical and psychological injury, serious bodily harm, and many deaths globally. Abortion is legal on the ground of rape in only 61% of countries. The failure to protect women’s lives from this widespread form of violence leads to multiple violations of both bodily autonomy and the right to health and life.

Globally, 35% of women have experienced physical and/or sexual intimate partner violence, or sexual violence by a non-partner. Calls to helplines have increased five-fold in some countries in 2020, as rates of reported intimate partner violence increase because of the Covid-19 pandemic. Less than 40% of those who experience violence seek help of any sort. 15 million adolescent girls worldwide, aged 15–19 years, have experienced forced sex; based on data from 30 countries, only 1% have ever sought professional help.

The world map above shows in gold the 67 countries where abortion is legal on the ground of rape.

Across five world regions, 82% of women parliamentarians reported having experienced some form of psychological violence while serving their terms. This included remarks, gestures and images of a sexist or humiliating sexual nature, threats, and mobbing. They have cited social media as the main channel of this type of violence. 44% reported receiving death, rape, assault, or abduction threats towards them or their families. 65% had been subjected to sexist remarks, primarily by male colleagues in parliament.

UN Women. Intensification of efforts to eliminate all forms of violence against women: Report of the Secretary-General, July 2020.