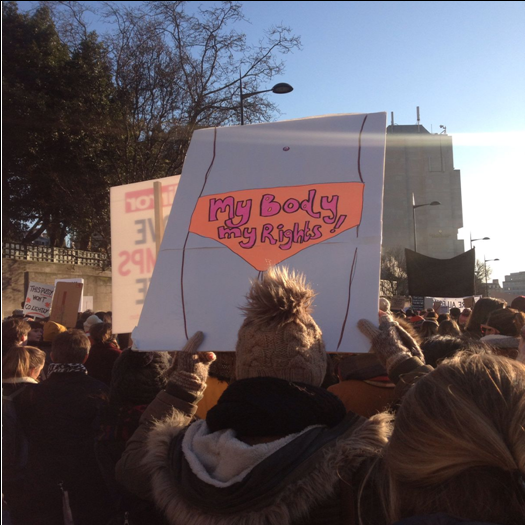 DO use bona fide evidence from the country or region you are covering, so that your publication is grounded in the most accurate, comprehensive and up-to-date statistical information and health data. The best sources of international and country data are the World Health Organization and the Guttmacher Institute. At country level, national health statistics may also be available. Where abortion is legally restricted, statistics are estimates but a lot of work has been done to try to make them accurate.

DON’T repeat false information that abortion is risky. Abortion is one of the safest medical and surgical procedures with the support of a trained person, who may be a community health worker, a nurse, a midwife, a general practitioner or an obstetrician–gynaecologist. Abortion is unsafe if it is provided by an untrained person who does not know how to do a safe surgical procedure or who offers fake, ineffective or dangerous pills or other dangerous methods, or does not know how to use medical abortion pills safely and effectively.

DO report that bona fide medical abortion pills, mifepristol+misoprostol, or misoprostol alone, are very safe. Indeed, they are so safe and so important for women’s health that they are on the World Health Organization’s List of Essential Medicines. Misoprostol is also on the list for prevention and treatment of post-partum haemorrhage and for treating incomplete abortion, which may occur after a delivery, a spontaneous miscarriage or an induced abortion.

DON’T include photos of very late pregnancies when the article is about abortion. This is completely misguiding as most abortions take place in the first trimester or early second trimester of pregnancy. Avoid photos of very pregnant bellies which exclude the woman’s head and face and the rest of her body. This robs pregnant women of their humanity as persons and treats them as vessels.

DO acknowledge that most abortions happen early, long before a woman is showing any visible outward signs of pregnancy. Make sure your article has photographs of people, events, action, posters that call for safe abortion as a public health issue and also as a human rights issue. Acknowledge that women have a human right to life and to health, and that unsafe abortion is a serious public health problem, responsible for at least one in six maternal deaths.

DON’T allow a photo of a fetus in a womb that leaves out the woman carrying it, because this:

DO highlight that abortion is a women’s health issue and should not be governed by criminal law. Do report cases of women and safe abortion providers who have been arrested, tried and imprisoned for abortion and publish details of efforts to free them. Use your writing to challenge laws that criminalise abortion, because they kill women.

DON’T describe abortion as unusual or atypical. Abortion is one of the world’s most frequent medical procedures/processes. One-in-three to one-in-five women has an abortion in her lifetime. 56.3 million women have abortions annually. This tells us that abortion is an integral part of being female/having a uterus/having sex with a man/being able to get pregnant. These numbers speak to the need to normalise abortion.

DO challenge abortion stigma. Stigma is stirred up by those who are opposed to abortion, it is not a social fact. Women who have abortions believe they are a necessity. Abortion is a responsible decision when women feel they cannot support/cope with a child at that moment. Without a choice, pregnancy and motherhood would be forced on women – that would be immoral. After abortion there is relief above all, because women can get their lives back again.

DON’T say that only those who object to abortion are ‘pro-life’ or ‘pro-family’.   The same women who have abortions also have children. These are not mutually exclusive. Those who support the right to safe abortion are pro-women, pro-family and pro-choice as well. Abortion and motherhood are not opposites; they happen to the same women. They happen to our mothers, our wives, our daughters, our sisters and our friends.

DO frame abortion as a legitimate and positive choice and credit women’s reproductive decision-making. If pregnancy and abortion are safe, women can decide whether or not to continue a pregnancy. If abortion is unsafe and illegal, only those who are opposed to abortion have a choice.

DON’T imply that only a ‘certain type’ of woman has abortions or use language that sets them apart from the rest of society.  Show the rationality of women’s decisions – precisely because they want to be responsible about bringing children into the world.

DO publish personal testimonies of women who want to share their stories so others can know what to expect, know they are not alone and feel reassured. The absence of the perspectives of women who have had an abortion can lead to narrow representations of abortion and deny the complexities of women’s experiences.

DON’T glorify or dramatize the experience of abortion. Use testimony in a responsible and sensitive way. Anonymity may be best in many settings. Don’t expose women to danger by naming them in telling their stories.

DO use accurate images of the reality of women’s lives and of those who seek abortions: for example, married women with children often have abortions, as well as young, single women. Some adolescents may be pregnant due to sexual abuse; others have consensual relationships with boyfriends but may not have used contraception or condoms effectively and are too young to become mothers.

DO tell the truth about the tragedy of death and injury from dangerous abortions in countries where abortion is against the law. Do share positive stories about the health professionals who provide safe abortion services because they save women’s lives, and we are grateful to them. Do not forget that men also cause unintended and unwanted pregnancies, but they do not have to pay with their lives for it.