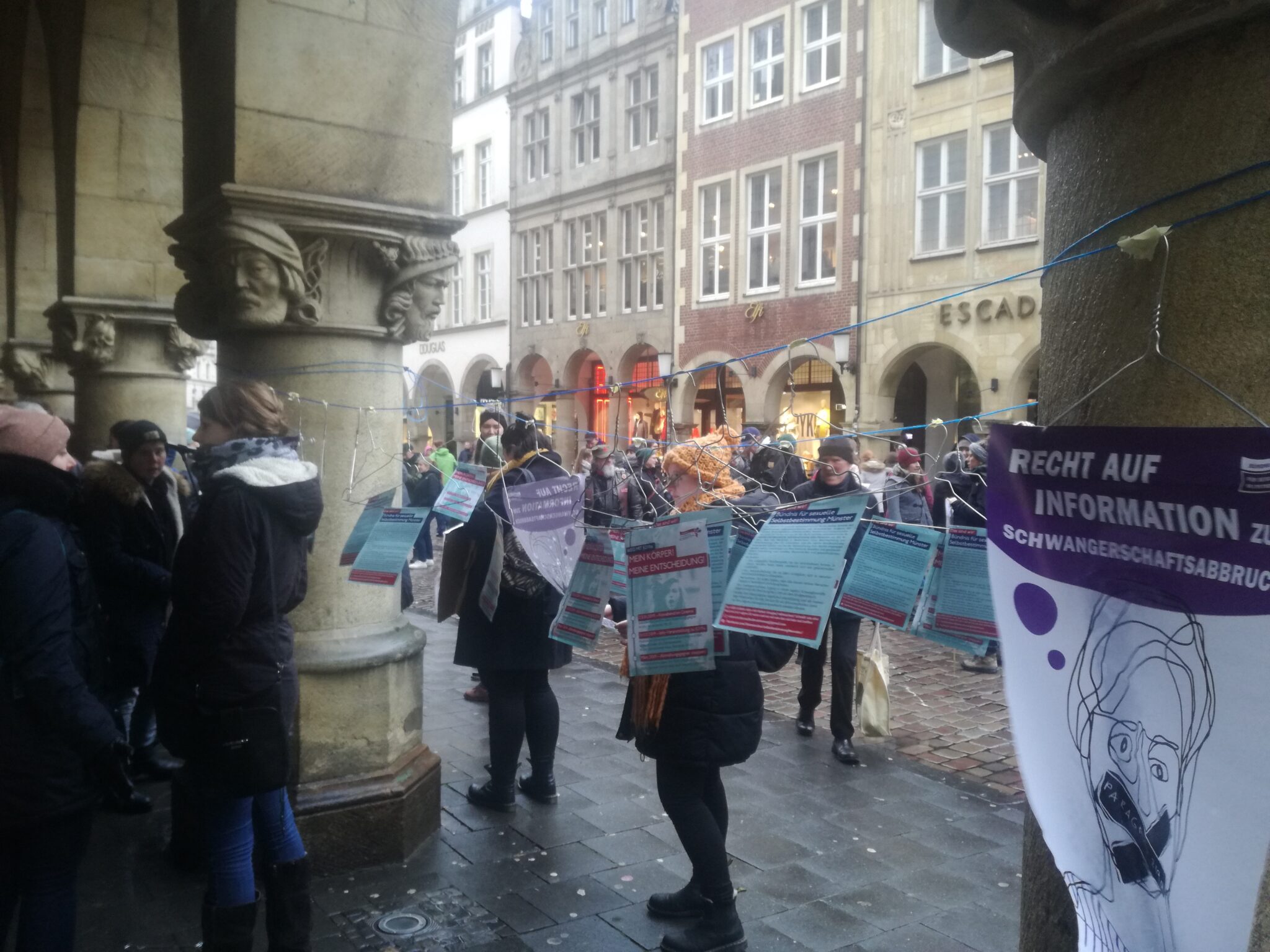 The timing and content of the German government’s proposed way forward to address the use of Penal Code §219a to target physicians providing lawful abortion services has been roundly criticised for failing women and their health care providers.[1]

In force since 1933, §219a is entitled “advertisement for termination of pregnancy” and criminalises those who offer abortion services “for material gain or in a grossly inappropriate manner”. In Germany, abortion is a crime, which is not punishable if undertaken after mandatory “conflict pregnancy counselling” and a three-day mandatory delay in the first twelve weeks of gestation and for specified indications at later stages.[2]  There is no general prohibition against physicians’ websites stating the services they provide.

A parliamentary majority is thought to exist in favour of rescinding §219a.[6] The German coalition government, however, is split on the issue, with the Social Democrats proposing and Christian Democrat and Social parties opposing scrapping §219a.[7] Much delayed, in mid-December, the government announced its plans on §219a.  The government proposes for:

In response to a parliamentary query, the government stated that it had no evidence that the criminal prohibition of information provision affects the number of abortions nor data from other countries where doctors who provide abortions are permitted to provide factual information to the general public.[9]

Proponents of scrapping §219a criticise the proposal as reinforcing the stigmatisation of abortion, of women who opt to terminate a pregnancy and of doctors who provide abortion services.[10]  They say the proposed reform fails to address the actual challenges: Advertising by doctors is prohibited anyway.  But doctors are criminalised for providing information on lawful health care options.  Women cannot obtain information on those options up front and directly from providers but are forced to navigate a complex set of sources, which include the gory websites of abortion opponents.  The law reinforces gender stereotypes of women as needing to be protected (from themselves) and views of abortion as an illegitimate choice and health care practice.

Arguments in favour of retaining §219a portray it as an integral element of the state’s protection of prenatal life as mandated by Constitutional Court judgments in the 1970s and 1990s – despite the fact that neither these judgments nor the most recent law reform after the German reunification substantially considered §219a. So, Annegret Kramp-Karrenbauer who succeeded Angela Merkel as general secretary of the Christian Democrat Party in December 2018 tweeted: “The protection of life, unborn and born, has an overriding significance for the CDU. It’s good that the ban on advertising remains.”[11]

Meanwhile, reform proponents are considering whether the time is ripe to review and revise the overall regulation of abortion.  For example, the Social Democrats’ youth organisation passed a resolution in favour of abortion being taken out of the Penal Code and Germany’s Pregnancy Conflict Law to be reformed to permit access to abortion services without a gestational limit,[12] prompting the right-wing Alternative für Deutschland party to request a special parliamentary session.[13]

An attempt by the opposition party FDP to force a vote on rescinding §219a in December failed.  The government is due to put forward a concrete law reform proposal in January. Highlighting the urgency of legislative action, the judge in the case of two of the accused doctors postponed a hearing on their case pending “relevant legislative developments”.[14]

[7] “What you need to know about the abortion law battle that divides Germany”, The Local, 13 December 2018, https://www.thelocal.de/20181213/why-germanys-divisive-abortion-debate-is-back-in-the-spotlight