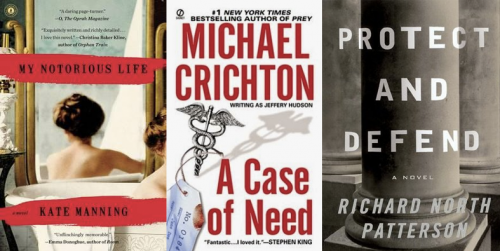 It’s a typical spring evening at Stanford University, and I am huddled around a conference table with twelve classmates at the Medical Center’s Department of Obstetrics and Gynecology. We frantically jot down notes as our professor, Dr. Paul Blumenthal, draws a uterus on the whiteboard, and with his marker, demonstrates how a sharp curette could accidentally perforate the organ. We all suppress a collective wince, but not even the gory details of surgical abortion are enough to keep us from being completely mesmerized by the lecture.

For the past ten weeks, I’ve had the privilege of taking a class entitled “Perspectives on the Abortion Experience in Western Fiction” with Dr. Blumenthal, a Professor at Stanford and Director of Division of Family Planning Services and Research here. Before entering the classroom, I wasn’t entirely sure what new information I would gain from the seminar. I had already been passionate about reproductive justice for years and worked as a counselor in my school’s sexual health peer counseling center where we had covered abortion as part of our training curriculum. While I knew that the class would be entertaining, I figured I would already be well-versed in the topics that we would cover.

Of course, after our first lecture, my expectations were blown out of the water.

The course took a unique approach to broaching the subject of abortion, focusing on the concept of “narrative medicine” which emphasizes the role of storytelling and the personal experiences of patients in promoting effective healthcare. By using depictions of abortion in popular media to transition into meaningful class discussions, this class was a comprehensive look at the technical, ethical, social and legal aspects of reproductive healthcare as a whole.

Indeed, candid conversations and logical, realistic explanations behind abortion procedures helped to debunk common pro-life arguments, thus strengthening my resolve in the pro-choice movement. Most memorably, we learned about the steps involved in a second-trimester dilation and evacuation, which involves the removal of pregnancy tissue with forceps. In this class, however, Dr. Blumenthal explained that although the procedure may not be “aesthetic,” or visually appealing, it is far less agonizing, and more expeditious than the alternative:  induced labor that takes eight or more hours. We concluded that if the outcome of either method of abortion is the same, physicians should prioritize the health and safety of the woman by using the safest, most reliable procedure available.

Furthermore, we analyzed ethical considerations around abortion in novels written at different time periods. The first of our three readings was My Notorious Life (2013) by Kate Manning, a story based on a famous abortion provider in the 19th century, Madam Restell. For our first essay prompt, we investigated the portrayal of different rationales behind abortion and engaged critically with pro-choice rhetoric. One of the highlights of the class occurred when Kate Manning visited us and explained in person her creative decisions and the development behind each of her characters and their motivations. I had never been able to speak with an author in such an intimate setting, and found the book even more enjoyable after discussing it with her.

In addition to My Notorious Life, we read A Case of Need (1968) by Michael Crichton and Protect and Defend (2001) by Richard North Patterson. For both novels, we examined different aspects of the abortion debate. A Case of Need follows the story of a pathologist whose friend is arrested for performing an illegal abortion and his journey to find the actual culprit. While reading this novel, we analyzed the ways in which the portrayal of and arguments for abortion have changed over time. Meanwhile, Protect and Defend, which focuses on a controversial abortion case brought before the Supreme Court, began a class discussion on second trimester abortions and legal barriers to obtaining the procedure safely. Each novel that we read vividly illustrated anxieties surrounding abortion at the time and sparked fascinating conversations amongst ourselves and with Dr. Blumenthal.

Having obtained a strong understanding of the mechanical aspects of abortion as well as rhetorical arguments surrounding it, we were then able to confront the social stigma associated with terminating a pregnancy. Sociologist Dr. Gretchen Sisson from Advancing New Standards in Reproductive Health (ANSIRH) gave a guest lecture on modern depictions of abortion in the media and explained how television and film can be powerful tools to either reinforce or disprove prevalent misconceptions about abortion.

We discussed how certain representations of abortion may risk bolstering stereotypes around the procedure, such as those in Scandal, E.R., and Grey’s Anatomy. In each series, characters terminate their pregnancies in intimidating hospital operating rooms while swells of music and voiceover monologues heighten the drama of the scene. Furthermore, in shows like Reign, stylistic decisions frame the abortion provider as a terrifying antagonist. While these shows don’t overtly oppose a woman’s right to choose, they present abortion as a highly dramatic, dangerous surgical procedure which may deter women from considering abortion entirely.

However, we also saw positive portrayals of abortion that served to destigmatize and normalize the procedure. We watched a clip of the first Latina woman to have an abortion on a television show in Jane the Virgin, and saw the value of humor and levity when discussing abortion, such as in Please Like Me and Bojack Horseman. Following Dr. Sisson’s presentation, we brainstormed different scenarios that we wished to see more represented in the media: for example, medical abortion, and people of varying ages, marital and socioeconomic statuses, and races terminating their pregnancies.

Since taking Dr. Blumenthal’s class, I not only have a stronger resolve to be an effective abortion provider in the future but also the foundations to practice compassionate healthcare in general. By reading about the lives of abortion providers, I recognize the challenges that those who perform abortions must face, but also see the dire need for health professionals  able to supply this service. Furthermore, by examining myriad perspectives through different forms of media, I can more fully understand and appreciate why an individual may or may not choose to terminate a pregnancy. Social, legal, and health-related factors all contribute to this complicated decision that must be respected. Demonstrating empathy, rather than judgement, was a central theme to this course and a lesson I will carry with me as a future healthcare provider.

In an article published in the NWSA Journal, Natalia Deeb-Sossa and Heather Kane investigated the discomfort that teachers experience when trying to discuss abortion with their students, citing the caustic political environment as a key factor. However, they also emphasize the importance of education in the fight to dismantle the “culture of fear” that has sprung up around abortion. By having the opportunity to learn about abortion in an informative, comprehensive and engaging manner, I strongly agree that candid discussions of abortion and a narrative medicine approach are essential for equipping the next generation with the knowledge and willpower to fight for our reproductive freedoms.