Home » Blog » Disability, sex selection and the right to choose 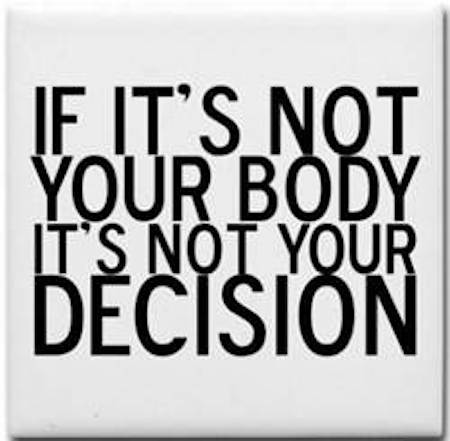 There have been a number of articles written recently debating ideas of sex selection and disability and their relation to abortion. The first one that may come to many minds in the UK is a recent BBC documentary and article by actor Sally Phillips. Phillips asks us whether we really want a world without Downs syndrome. She worries that a new screening method called the Non-Invasive  Prenatal Testing (NIPT) in the UK will lead to a “world without Downs”. Her concerns follow the results of the widespread use of this method in Iceland, which saw 100% of Downs syndrome pregnancies terminated.

When explaining her stance on screening for Downs Syndrome, Sally Philips makes a simplistic link between prenatal screening, abortion and disability, in which she implicitly suggests that abortion is discriminatory and ableist, and that everyone who has an abortion following a Downs Syndrome diagnosis must hate people with disabilities.

Philips’ opinion is one that has been moulded around her love for her son, who has Downs syndrome. She is keen to “make people aware of the fact that a Down’s syndrome child does not need to be in the ‘defect’ category”. Challenging social stigma around disability is an immensely important thing to do. However, Philips neglects to consider the intersectional lives of people with disabilities. She does not consider that some women are disabled, and some disabled people are women, all of whom have the same right to claim ownership over their own body and choice. And some of whom will have had or will have an abortion after a diagnosis of fetal abnormality, thanks to prenatal screening methods. In fact, by conflating fetuses that carry Downs syndrome, and real people living with the disability, Philips blurs the line between fetus and human being, and feeds into anti-abortion rhetoric that claims life and rights begin at conception.

In doing this, Philips’ argument holds abortion rights or women’s rights and disability rights in opposition to each other. It claims that you are a bad person, a person who does not care about disabled people, if you choose to abort your pregnancy because it has been diagnosed with a disability. This argument further does nothing to uncover or challenge the structures of society that shame women for having abortions at the same time as shaming people with disabilities. Meanwhile, Philips is “keen to emphasise that she is pro-choice”…

In actuality, it is social stigma and shaming of disabled people that Philips (and all of us) should decry, not abortion. This is shown in a 2012 journal article by Annelies Kusters. The article charts the reaction to a 1975 law introduced in the village of Adamorobe in Ghana, that said deaf people, who were the majority of people in the village, could not marry each other. The rule was introduced explicitly in order to lower the chances of women having more deaf children. Kusters describes how it was the stigma from people living outside the village of Adamorobe that influenced attitudes towards deaf people in the village, and led to the eventual criminalisation of marriage between deaf people in the village. Access to abortion provided deaf villagers with agency: it allowed them to defy the law and continue to marry other deaf people, without giving birth to a deaf child. Furthermore, deafness was not interpreted as a disability within the community of the village until outsiders’ social stigma informed the way deafness was thought about. Prior to that, deaf and non-deaf community members found their own means of communication that avoided exclusion.

Similarly, in regard to sex selection, it is social stigma and discrimination against girl children and women that activists should be trying to decry, and not abortion. Professor Wendy Savage was recently hounded by the press for supposedly condoning sex selective abortion: again, her comments come from the right to choose abortion, no matter what the circumstance. It is societal structures that have a problem with disability and gender discrimination from the outset, it is not abortion and it is not prenatal screening, and it is certainly not the individual who chooses to abort.

The problem with the view that prenatal screening will lead to the abortion of fetuses with abnormalities, and that that in turn will reduce the number of disabled people, is that it creates rifts between women and disabled people, when what we actually need is to work together to challenge societal stigma. This is exactly the same argument as applied to sex selection. What ties debates on sex selective abortion and abortion based on a diagnosis of fetal anomaly together is that they have a preconceived idea of the moral standing of a person who chooses to abort their pregnancy for these reasons. It is this that allows people to say ‘I am pro-choice… but only in these circumstances…’. In reality, being pro-choice should not derive from stipulations of when and why; the only thing that matters is the right to choose.