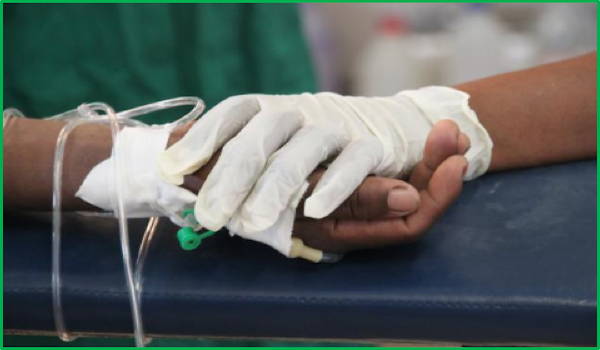 The Protocol to the African Charter on Human and Peoples’ Rights on the Rights of Women in Africa (Maputo Protocol) is the main legal instrument for the protection of the rights of women and girls in Africa and the most comprehensive on women’s rights globally.[1] The Protocol went into effect in November 2005, after the minimum 15 of the then 53 African Union member countries ratified it. Today, 49 countries have ratified.

Rwanda signed and ratified the Protocol in 2004 but placed a reservation on Article 14.2.C, which stipulates that countries should “protect the reproductive rights of women by authorizing medical abortion in cases of sexual assault, rape, incest, and where the continued pregnancy endangers the mental and physical health of the mother or the life of the mother or the fetus. It subsequently lifted the reservation in 2012, making Rwanda fully committed to the Protocol.[2]

The exemption from criminal liability under items (i), (ii) and (iii) in this article shall be permitted only if the woman who seeks abortion submits to the doctor an order issued by the competent Court recognizing one of the cases under these items, or when this is proven to the Court by a person responsible for providing abortion.[4] The Court where a petition for abortion is filed shall hear and make a decision as a matter of urgency.[5] A medical doctor must state that continuation of the pregnancy would seriously endanger the health of the woman or that the unborn child cannot survive.

Health Development Initiative (HDI) together with other civil society organizations and partners have been engaged in advocacy since 2010 for the decriminalization of abortion in Rwanda.[6] The reform of the Penal Code responded to some extent to our voices, but certain restrictions remain or were included in ways that meant the intention of the Maputo Protocol was somewhat disregarded. Moreover, despite the enactment of the Penal Code, women and girls in Rwanda continue to suffer from unsafe clandestine abortions. The law remains largely unknown to most Rwandans, and the rights enshrined in it are not fully enjoyed by the women and girls who are meant to benefit from it.

The Protocol refers to rights for “women” to mean the female sex, which specifically includes both girls who are minors and women of majority age. In the Penal Code of 2012, however, although it also talks about “women”, it implicitly means women of majority age – excluding girls. This is indicated where the Penal Code says that rape is one of the conditions that should be exempted. Rape in the Rwandan legal context means “forced sexual intercourse with a woman of majority age”. The term “defilement” is the term used in Rwanda to refer to forced sex with a minor. This has led to confusion in the courts. Some prosecutors and judges have understood this interpretation to mean that they must deny minor girls the right to have an abortion, as rape includes women but not girls, and defilement is not included as an exception in the Penal Code.[7]

According to a report by the Rwandan Biomedical Center, an institution working under the Ministry of Health, 84% of sexually abused women in Rwanda are minors aged 13-18 years. The report further stresses that a retrospective review of data from 2012-2014 found that some 84 women got pregnant as a result of rape, incest or forced marriage, only four sought a court order for abortion and none was permitted by a health centre or hospital to have an abortion.[8]

Currently, Health Development Initiative, Ihoreremunyarwanda and the Great Lakes Initiative for Human Rights and Development have prepared a policy brief in support of ongoing advocacy of this matter. The draft of the Penal Code is still in the Law Reform Commission, but we hope that it will be submitted to the Cabinet after the presidential election, which will take place on 3-4 August, 2017.[9]

“In 2012, approximately 18,000 Rwandan women required treatment for complications resulting from unsafe abortion, costing an estimated $1.7 million. The finding comes [from] The Health System Cost of Post-Abortion Care in Rwanda, by researchers at the Guttmacher Institute, the University of Rwanda’s School of Public Health and the Rwandan Ministry of Health. The cost of treating complications from unsafe procedures was approximately 11% of total public spending on reproductive health, representing a significant drain on the country’s scarce health resources.”[10]

[1] African Commission for Human and Peoples’ Rights. http://www.achpr.org/instruments/women-protocol/ratification. Accessed 10 May 2017.