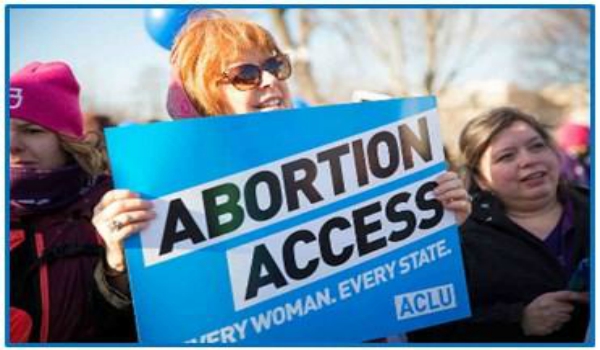 Hawaiian Dr Graham Chelius has brought a suit with the American Civil Liberties Union (ACLU) and several healthcare associations to allow medical abortion to be offered on prescription at local pharmacies. The suit challenges a Food and Drug Administration (FDA) requirement that Mifeprex (brand name) be dispensed in clinics, doctors’ offices, and hospitals—rather than a pharmacy.

Dr Chelius called the restriction medically unnecessary and burdensome. The island of Kauai in Hawaii lacks a single abortion clinic. He said he would like to stock the pills but cannot because of the FDA restriction. If one of his patients wants to use the pills to end her pregnancy, she has to fly to a different island 300 miles round trip to get this care, he told NPR.

Medical abortion accounted for nearly one-third of abortions in the United States in 2014, according to the Guttmacher Institute. But 39% of US women of reproductive age live in a county without an abortion clinic. Lifting the FDA restriction on Mifeprex would increase access for them because they could go to a pharmacy for medication abortion, advocates said.  “The abortion pill is safe, effective, and legal. So why is the FDA keeping it locked away from women who need it?” said Julia Kaye, staff attorney with the ACLU Reproductive Freedom Project, in a statement

In a paper titled “Sixteen Years of Overregulation: Time to Unburden Mifeprex,” published in April in the New England Journal of Medicine, leading clinicians and public health experts argued the FDA restriction was medically unnecessary. ACLU attorneys noted that leading medical groups, including the American Congress of Obstetricians and Gynecologists, support making the abortion pill available by prescription at pharmacies.

“Overwhelming medical evidence and decades of clinical experience show medication abortion to be a safe and effective method to end a pregnancy,” Dr. Paul Blumenthal, director of the Gynecology Service at Stanford University, said in a statement. “There is simply no medical justification for these restrictions, and they create a needless and harmful burden for women seeking this care.”

Meanwhile, the US House of Representatives, on a vendetta against women, supposedly in support of &the voiceless, the vulnerable, and the marginalized& (but only if they haven’t yet been born) have just passed a ban on abortions after 20 weeks of pregnancy. Their Pain-Capable Unborn Child Protection Act claims that a fetus at 20 weeks can feel pain. All credible scientific research shows this is not true. It is just a new excuse to restrict abortion. Legal experts believe the ban is unconstitutional, because it undermines a key provision of Roe v. Wade, the 1973 court judgement that established the right to abortion in the USA until fetal viability.

Dan wrote: &Hi @RepTrentFranks! Thanks for replying. I am glad that you took a look at the research I shared. I’m happy to address your questions. Yes I’m an abortion provider, but I certainly don’t make a ‘fortune’. I work at a university. I get paid the same whether I see patients in the abortion clinic or gynecology clinic. As @guttmacher noted, their work has been cited by politicians on both sides of the aisle, including on your website. At @Guttmacher, they’re brilliant, highly respected researchers. It’s unfortunate you’re using Twitter to demonize researchers & data nerds. @PPFA has wonderful, caring providers. As you know, those videos were edited, and no states have found PP guilty: http://www.npr.org/2016/01/28/464594826/in-wake-of-videos-planned-parenthood-investigations-find-no-fetal-tissue-sales

In responce to Franks’ question: &Anesthesia is given to babies during fetal operations at 20 weeks — why go through that trouble if no pain? & Dan says: &Good question!… Anesthesia is used to relax a patient’s uterus. This prevents premature contractions & immobilizes the fetus to make the surgery go easier. During surgery doctors must be cautious & precise. Contractions at the wrong time can be dangerous. It helps surgeons provide the best care. A group of experts from @rcobsgyn concluded that “use of analgesia provided no clear benefit to the fetus” https://www.rcog.org.uk/globalassets/documents/guidelines/rcogfetalawarenesswpr0610.pdf… “Studies suggest that the first pathways associated with pain perception are not present until well into the third trimester.” Research has shown a fetus does not yet have the capacity to experience pain until at least the 3rd trimester, and unlikely until birth. You can read more on those studies here: http://www.laterabortion.org/sites/default/files/FetalPain.print.7-2010.pdf&

&In response to the claim: &By 8 weeks, unborn children react to touch. By 20 weeks, they recoil at painful stimuli: http://www.doctorsonfetalpain.com/fetal-pain-the-evidence/2-documentation/ …& Dan replies, &This is actually incorrect. An 8week embryo may have random movements but there is no reaction to a sensory stimulus. A fetus may have a reflex reaction to a painful stimulus by 18 weeks, but the neural connections to the cerebral cortex do not exist to allow the fetus to perceive this as pain. I, and medical associations, respectfully disagree with those 10 doctors. Here’s the letter submitted into record.

As a doctor, I do what’s best for my patients & their families. As a citizen, I believe our laws should be based on scientific evidence. I am an abortion provider. I make sure my patients get the care they need, no matter what barriers politicians create. I am #proud2provide. When it comes to abortion care, I rely on evidence-based science, my patients & their decisions. Not politicians, @RepTrentFranks.