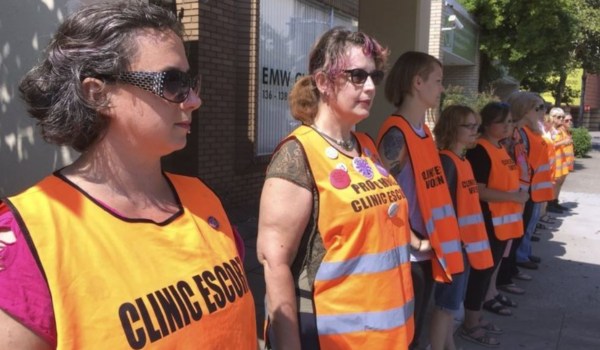 Already mired in three lawsuits over abortion restrictions, Kentucky lawmakers are ratcheting up the stakes with a new bill in the Republican-dominated state Senate to ban most abortions once a fetal heartbeat is detected (± 6 weeks). The American Civil Liberties Union, the state’s adversary in other ongoing court fights, warns the bill is blatantly unconstitutional and will immediately trigger a legal challenge. The legal standard set 45 years ago by the Supreme Court in its 1973 Roe v. Wade ruling prohibits states from banning abortions before viability. In Iowa, a heartbeat law was temporarily blocked while a judge weighs whether it is unconstitutional. North Dakota’s fetal heartbeat law was struck down as unconstitutional and the Supreme Court refused to review the lower court rulings.