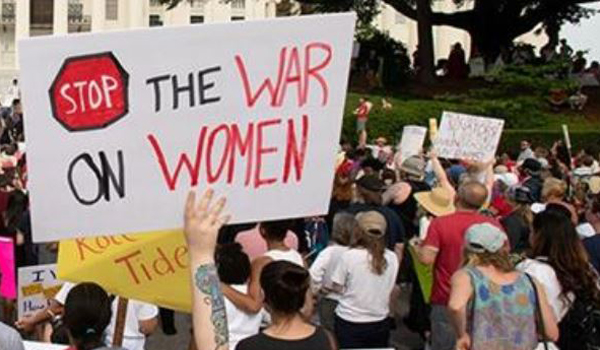 A federal judge has blocked Alabama’s near-total abortion ban from taking effect in November 2019, saying the law is clearly unconstitutional. US District Judge Myron Thompson issued an expected preliminary injunction temporarily blocking Alabama from enforcing the law that would make performing an abortion a felony in almost all cases. The injunction will remain in place until he decides the full case.

“Alabama’s abortion ban contravenes clear Supreme Court precedent,” Thompson wrote in an accompanying opinion. “It violates the right of an individual to privacy, to make choices central to personal dignity and autonomy. It diminishes the capacity of women to act in society, and to make reproductive decisions. It defies the United States Constitution.”

Some 876 clinics providing contraception, abortion and other reproductive health services have lost funding from a federal family planning programme since the Trump administration implemented a regulation that bans clinics that are recipients of funds from referring patients to abortion services, according to a new report.

Power to Decide, an unplanned pregnancy prevention organisation, estimated that 876 clinics nationwide, many of them Planned Parenthood clinics, had lost access to this funding after recipients refused to comply with the rule in order to be able to refer women for abortion counselling and abortions who requested them.

Created nearly 50 years ago, Title X serves patients who are poor or do not have health insurance by distributing $260 million in family planning grants annually.

Five states now lack Title X clinics, according to the Kaiser Family Foundation and Power to Decide. Programme recipients in Maine, Oregon, Utah, Vermont and Washington all withdrew, because patients’ ability to get an abortion would be restricted. Planned Parenthood, which served 40% of all Title X patients nationally before rejecting the funding in August, was the sole grantee in Utah.

In an effort to fill the void, the Office of Population Affairs gave $33.6 million in supplemental funding to remaining Title X participants. A Kaiser Family Foundation report found the supplemental funding has not made up for the losses in 14 states, however. Paloma Zuleta, director of media relations at Power to Decide, told NBC that clinic changes will especially affect low-income women of colour. SOURCE: USA Today, by Kristin Lam, 28 October 2019 ; Campaign news, 27 February 2019