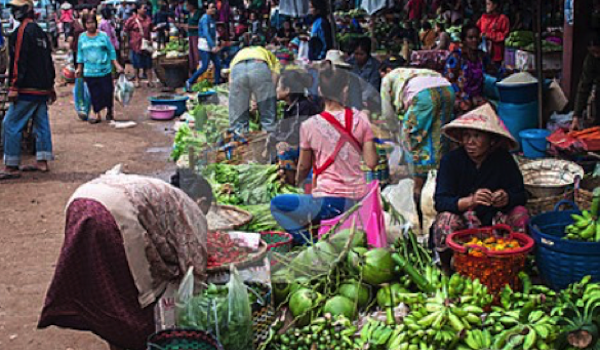 The following statement was made by Prof Dr Bounkong Sihavong, the Minister of Health of Lao PDR, at a presentation of this guideline in Vientiane:

Maternal mortality in Lao PDR is high in comparison with neighbouring countries in South East Asia such as Vietnam, Thailand and Cambodia. Deaths mostly occur in rural and remote areas where there is a lack of roads to allow good access to health care services.

As a result of these findings, in order to reduce maternal morbidity and mortality related to unsafe abortion in the country, the Ministry of Health’s Maternal and Child Health Centre will give more attention to making abortions safe. We consider that it is a task of the National Strategy and Action Plan for Integrated Services on Reproductive, Maternal, Newborn and Child Health 2016 -2025 to improve the quality of life of women and children in Lao PDR.

Lao PDR adopted the resolutions of of the international conference on the Millennium Development Goals (MDGs), including MDGs 4 and 5, whose achievement was due to take place by 2015. To contribute to the achievement of these two specific goals, which related to women’s and children’s health, we must do more on prevention of unsafe abortion and abortion care as one way to reduce maternal morbidity and mortality.

“Unsafe abortion: prevention and care, a practical guideline for health workers” has been developed to serve as a reference. It contains recommendations and a tool for implementation, in order to be applicable within the real life situations in our country. It aims to guide trained and skilled health workers to provide women with complications of unsafe abortion with information and access to safe services. This guideline will be operated by trained and skilled health workers only.

The guideline will also contribute in assisting the Lao government to achieve its goals in the National Strategy and Action Plan for Integrated Services on Reproductive, Maternal, Newborn and Child Health 2016 -2025. More generally, they will contribute to improving the health status of women and children in Laos, especially in order to gradually reduce morbidity and mortality among mothers, newborns and children in Lao PDR.

Lastly, I hope that this guideline will be used fully and applied in health care services for women in order for them to receive safe abortion services in public health facilities. However, this is the first ever guideline we have developed. It most certainly needs comments and suggestions from all of you to improve it and make it more comprehensive in the future.

On behalf of the Ministry of Health, I would like to express my congratulations and acknowledgements to the staff in Ministry of Health who worked in it, and to our partners, particularly PSI, WHO, and UNFPA, for their valuable contributions in developing of this guideline. We entirely believe that they will be used as a practical guideline in providing better health care service for women.