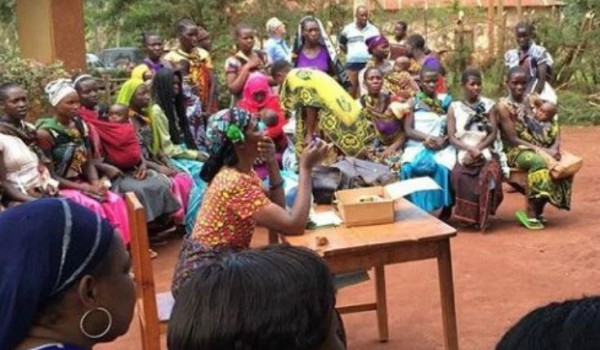 Misoprostol has during the past few years become an important obstetric drug used for different purposes both within and outside hospitals in Tanzania. In this paper, we analyze how misoprostol is perceived, accessed and used off-label as an abortion drug in the city and region of Dar es Salaam. The study took place from July to November 2015, and had a qualitative explorative approach. We carried out in-depth interviews (42) with the following main categories of informants: women having undergone medical abortion (15), health care workers with experiences from post-abortion care (16) and drug vendors (11). Focus group discussions (10) were carried out with young women. A client simulation study was carried out in 64 drugstores across Dar es Salaam assessing the availability of misoprostol and the advice given concerning its use. In addition, shorter qualitative interviews were carried out with representatives of NGOs and public agencies working with sexual and reproductive health issues (17). Our findings reveal that in Dar es Salaam, misoprostol is well known, available and accessed for abortion purposes through drugstores and healthcare providers. Women tend to prefer misoprostol over other abortion methods since it allows for a private, low-cost, safer and less uncomfortable abortion experience. But, while misoprostol facilitates women’s agency in the process of seeking abortion, a series of obstacles shaped by a restrictive abortion law and an unregulated pharmaceutical market hinder its safe use. Central obstacles are profit-seeking providers, suboptimal user instructions and limited follow-up and uncertain access to emergency care in case of an incomplete abortion. In the discussion of the material we draw upon Van der Geest, Hardon and Whyte’s concept of the ‘social life of pharmaceuticals’ and indicate the ways in which misoprostol acts as an agent of change in the social relations connected to abortion.

Excerpts from the main text

Most of the women participating in the focus group discussions reported knowing someone, directly or indirectly, who had aborted using ‘miso’. They believed it was the most common abortion method used in their community and had considerable knowledge about access locations, prices and doses typically used. Most had learned about it from friends, others from doctors, pharmacists, organizations or from web pages or social media. Some had even learned about it overhearing discussions in the street or in hair saloons….

Many of the health workers that we interviewed in different facilities believed that over the last few years there had been a drop in critically ill patients seeking care after abortion, along with a change in the commonly admitted complications. This study did not provide numerical evidence, but health workers with years of experience noted that compared to earlier, fewer women were admitted with uterine perforations, infections or sepsis after abortion. Instead, more were currently presenting with prolonged bleeding from incomplete abortions or simply with normal symptoms of an ongoing abortion, such as abdominal cramps and heavy but self-limiting bleeding. They related these changes to the recent shift towards medical abortion….

However, some worried about low-quality or fake drugs: “The pharmacies are where they have the original drugs and where you can get instructions, but I have seen people avoid going to those. They go to the small ones because they are very careful. They know it’s illegal so they go there and then google how to use them (the drugs).”(Student, 23 years, FGD) Some drug vendors as well as health workers insisted that certain misoprostol brands were effective while others were not. Moreover, misoprostol was typically sold uncontained by boxes and without instruction sheets, sometimes even without blisters. Without this basic packaging, misoprostol is known to degrade and lose effect. A pharmacist also commented that some vendors had kept on selling batches of misoprostol past its expiration by simply remarking its dates,

While medical assistance was perceived to be the safer option, we found that even among health workers there was inconsistency about the correct use of misoprostol. Reported doses at times seemed to be confused with those for other uses of misoprostol (post-delivery bleeding, induction of labour, incomplete abortion). A few select health workers who reported having received formal medical abortion training usually followed international recommendations. However, the same health workers dispiritedly reported how their patients would return to them having used only a fraction of the recommended dose, either because the full dose was too expensive, or because friends or drug vendors had advised them differently. Several clinicians also underlined the difficulty of a proper follow-up. Because of the restrictive law, most ended up merely handing out or prescribing the drugs.