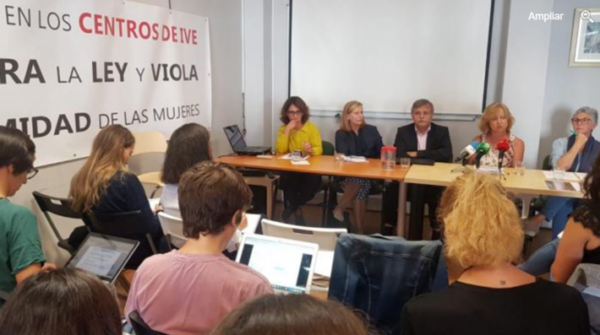 Harassment of women and professionals working in specialist abortion clinics is a constant event in Spain since the adoption of the first law allowing abortions in 1985. According to El Salto Diario and ACAI, the national association of abortion clinics, more than 8,000 women have experienced harassment and been insulted and intimidated when attending an abortion clinic since 2010.

In response to this year’s anti-abortion “40 days for life”, the Plataforma Proderechos was formed and has gathered together 62 different social organisations in Madrid. They aim to call the attention of members of the Spanish parliament, the government and political parties to the seriousness of the situation and ask them to legislate to stop this harassment. For 28 September, they created a video and a webpage.