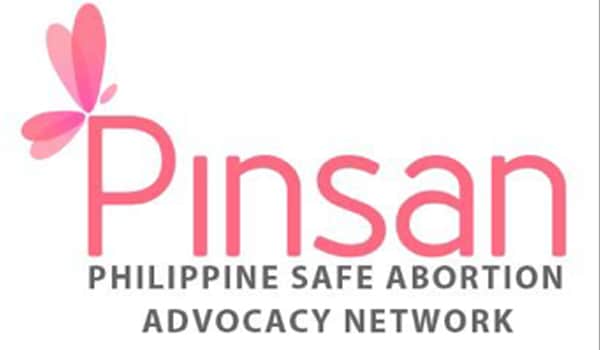 On May 28, International Day of Action for Women’s Health, Atty. Clara Rita Padilla of EnGendeRights, a member organization of the Philippine Safe Abortion Network (PINSAN) posted a photo of herself on Facebook holding a copy of the proposed bill to decriminalize abortion in the Philippines.

Since then, the Facebook post has gone viral with 7,600 shares and has gotten over 11,000 positive reactions (like, love and care) while getting 2,000 angry reactions. Majority of the 12,000 comments support the prevention of unsafe abortion, women’s right to bodily autonomy, and the decriminalization of abortion.

We at the Philippine Safe Abortion Network (PINSAN), stand with Atty. Padilla and all other supporters of the bill to decriminalize abortion and look forward to the submission of the bill to Congress.

We believe that this proposed bill will save women’s lives when passed. The country’s restrictive laws on abortion have not prevented abortion and have only made it extremely unsafe, leading directly to the preventable deaths of thousands of women each year.

In 2012 alone, there was an estimated 610,000 induced abortions. [1] Of this number, around 100,000 abortions [2] resulted in hospitalizations, and 1000 women died due to complications from unsafe abortion. [3] That is 70 women inducing abortion and 11 hospitalized every hour and three women dying every day. That was in 2012; based on statistics, the number of women inducing abortion increases proportionately with the increasing Philippine population.

Filipino women who induce abortion are representative of a majority of Filipino women – poor, Roman Catholic, married, with at least three children, and have at least a high school education [4] – and identify various, overlapping reasons for inducing abortion.

Poor women comprise two-thirds of those who induce abortion, [5] using riskier abortion methods, thus disproportionately experiencing severe complications, clearly making abortion a social justice issue. Meanwhile, one out of nine women cites rape as their reason for inducing abortion. Yet, there are no laws to protect such women from unplanned and unwanted pregnancies.

Penalizing abortion has not stopped women inducing abortions nor has it ever lowered the number of women inducing abortion.  It has only forced women to seek unsafe abortions.  With the current situation resulting from the COVID-19 pandemic, we are deeply concerned of the pandemic’s impact on women and girls’ access to essential and life-saving sexual and reproductive health services including access to safe abortion and post-abortion care services.

We at PINSAN would like to encourage sincere and good faith discussions on the abortion situation in the country, discussions based on facts and evidence that are sound, scientific, and, most importantly, sensitive to the needs and experiences of women, girls, and other gender identities with reproductive capacities at various, intersecting vulnerabilities – including physical, mental, and socio-economic vulnerabilities, among others.

We believe it is high time the Philippine government decriminalize our antiquated and restrictive law on abortion, in compliance with its international human rights obligations and women’s right to equality and non-discrimination.